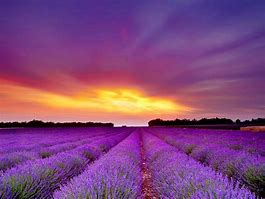 " Keep Calm and Carry On"

Born in Scarborough, England January 22, 1939 to her parents Bernard Guy and Dora Emma.  She was an only child and grew up with her father owning and operating farms and butcher shops.  After attending some higher education, she became a librarian at Croughton Air Force Base, where she met my father in 1967. They then moved to Rome, NY in 1968 and eventually moved to Albuquerque in 1973 after a short time in NYC.  In 1974 they me, their one and only son.

My parents divorced when I was two and my father moved away to Phoenix, AZ when I was 5.  Throughout my childhood, my mother was the primary parent and was always sure to have what I needed growing up.  Sacrificing the challenge of making enough money and working more than one job at times, my mother made sure that I grew up in the same home during my childhood.  It wasn’t until I graduated high school in 1992 and moved to Arizona for college when she moved to Rio Rancho and started a new life on the west side.

During her time on the west side, she had various jobs, but the one she kept the longest was as a volunteer at Storehouse West where she distributed meals to the people of need.  She worked here for 17 years and made friends and enjoyed her volunteering.  It was here that she enjoyed her life most, helping people.

During her life, my mother loved to travel.  One of her top favorites was going to Puerto Vallarta.  She was going almost every year for the past 10 years.  She would stay at the same hotel and would know everyone that worked there.  She would bring gifts for the staff, like calendars and magnets, her favorite gifts to hand out since they were not expensive.  She would visit me in Las Vegas and I would take her to the gifts shops and she would buy dozens of calendars for her next trip to Mexico.

My mother was a hard worker, well organized and wrote everything down.  She had a knack of igniting interesting conversations and liked to be the center of attention.  She was well organized in her thinking and liked nothing better than a list of items ready to be checked off.  She had excellent observation skills and would quickly judge a situation and attempt to come up with a solution.  She had an astonishing memory and a curiosity of what others were doing.

She will be missed!

To send flowers to the family or plant a tree in memory of Elizabeth Ann (Tate) Belanus, please visit our floral store.