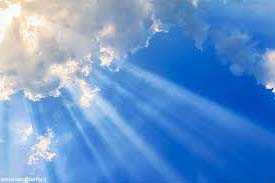 When I close my eyes and think of her, the first memory is shiny and warm and looking up: sunshine glints off a thousand bubbles that surround me, grass stretches out in all directions, and through the purple and blue and yellow flashes of color, she’s standing there—Grandma Margaret, the one who makes the magical bubbles and let’s me believe her backyard is my enchanted kingdom. That was just one moment in time, when Grandma and Grandpa were living in Montgomery, Alabama.

Before and after this one fragile, splendid memory, my Grandma Margaret flashed beautiful colors through so many other lives as a daughter, sister, niece, friend, aunt, teacher, wife, and mother. Margaret Lucile was born to John William Wilson and Frances Elizabeth Newton Wilson on October 2, 1932, in Monticello, MS. the youngest of eight. Her seven siblings (John, Newton, Elizabeth, Charles, George, Mary Frances, and Tom) have preceded her in death. In 1954, Margaret graduated from Mississippi Southern with a degree in Education. She went on to teach for the Department of Air Force School System—from Florida to Japan to Tripoli to Canada. While in Canada, an Air Force Staff Sergeant tripped over her (literally) and within a year on October 27 1962, Margaret Wilson became Margaret Walsh, married to Francis Xavier Walsh.  Together, they were deployed to a base in Germany, where their only child Bridgid Margaret Walsh (Brug) was born. The family of three moved to Texas, Nebraska, Mississippi, and England, and finally settled in Alabama. Margaret was teaching all the while and eventually went back to school where she earned her Masters in education. She became a principal and later served as an educational consultant for the Archdiocese of Mobile.

While Margaret did retire as a teacher and eventually moved out to New Mexico with her husband to be closer to her daughter’s family, she never stopped teaching. There was always something to learn at Grandma’s house: how to cross-stitch, to use a sewing pattern, to knit, how to cook, how to best respond to Grandpa’s bad jokes, how to love our mother a little more, how to listen, how to pray.

Her magic wasn’t as fleeting as the bubbles that floated away and popped into the bright sky. Her magic was in the way she made you feel loved and at home and safe, the way she knew what was good and right, and the way she spoke truth. Her magic was less the bubble and more the sunshine. Margaret is survived by her husband Frank of 57 years, her daughter Bridgid Brug, son-in-law Pat, her granddaughters Elizabeth, Mary, Rebecca, and Deborah, and her great-granddaughter Clare.

To send flowers to the family or plant a tree in memory of Margaret Lucile (Wilson) Walsh, please visit our floral store.