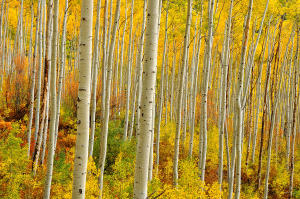 Jaramillo, Robert  Lawrence Sr.
It is with saddened hearts that the family of Robert Jaramillo Sr. of Socorro announce the passing of their utmost beloved Husband, Father, Tata (Grandfather), and friend to so many at the age of 60 years on November 6, 2019. Robert was adored by his grandchildren whom he followed and supported until the day he passed. Robert was a proud father and always encouraged his family to pursue their education and work hard. He was accustomed to hard work; from a young age he began working on his family’s farm and would ride his motorcycle every chance he could. Robert started his business, Jaramillo’s Plumbing, Heating, & Air Conditioning, Inc. in 1984. He worked tirelessly to become a successful business owner in Socorro and surrounding areas. Robert was actively involved in the community. He was currently serving as President for the Board of Directors for the Polvadera Mutual Domestic Water Consumer Association and was on the Planning and Zoning Committee for the City of Socorro. He had also served on the CNM Advisory Committee, Midway Fire Department, and Socorro Soil and Water Conservation District. When he wasn’t working you could often find him in his backyard taking care of his garden and tending to the flowers he planted for his wife, Pauline. He loved to travel and be outdoors. He also enjoyed skiing, hunting, fishing, camping, and dancing. Robert had many great adventures with his family and friends. Robert will be joining his predeceased father, Filemon Jaramillo; father-in-law and mother-in-law Edmundo and O’Tillie Padilla. He is survived by his loving wife, Pauline, of 41 years; two children, his daughter Amanda Crespin (husband Qualyn) and their children, Tyler, Alexandria, and Ariana Crespin; his son Robert Jaramillo Jr (wife Rosa) and their children Robert III, Andres, and Liliana Jaramillo; and his boxer named Foxy who was always by his side. He also leaves behind his mother, Agnes Jaramillo, 5 brothers, 3 Sisters, as well as a large extended family and many great friends. Robert will remain forever in our broken hearts and will be greatly missed by his loving family and those whose lives he touched. Rosary to be recited on Tuesday, November 12, 2019, at 7:00 pm at San Miguel Catholic Church, 403 El Camino Real , Socorro, New Mexico. Mass of Resurrection will be celebrated on Wednesday, November 13, 2019, at 9:00 am at San Miguel Catholic Church with Father John Anasiudu preciding.  Burial will take place at Lemitar Cemetery following service. Pallbearers will be Robert  Jaramillo Jr., Carmel Trujillo, Richard "Bubba" Saenz, Tyler Crespin, Joseph Vallejos, Darryl Ross, Andres Jaramillo.  Honorary pallbearers are Rudy Delgado, Richie Padilla, and Jerry Armijo. To view information or leave a condolence, please visit www.danielsfuneral.com. Robert's care has been entrusted to:
Daniels Family Funeral Services
309 Garfield St
Socorro, NM 87801
575-835-1530

To send flowers to the family or plant a tree in memory of Robert Jaramillo, Sr, please visit our floral store.