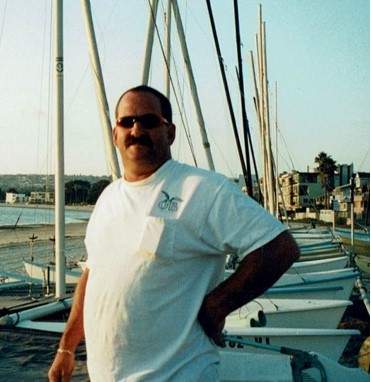 Kenneth “Kenny” G. Collins passed away suddenly on Tuesday February 8, 2022 in Albuquerque, New Mexico, at the age of 57.

Kenny is survived by his loving wife Peggy, of 36 years; his children who he adored, Felicia Collins, Kenny Collins & Tim Collins all of Albuquerque; his mother, Patricia Elliott of Albuquerque; sister, Cathy Price (David) of Albuquerque; 2 grandsons, Michael & Benjamin who brought so much happiness & joy to his life, of Albuquerque; stepbrothers, Eddie & Ray; stepsisters, Sharon of Washington and Andrea of California; numerous nieces and nephews; honorary daughter, Nicole Tull all of Albuquerque. Leaving behind his loving pets Kai, Zip & Sadie, who are still looking for him. Let’s not forget the friends he made over the years that reach from coast to coast.

He is preceded in death by his father, Dee Collins; brother, Mark Collins; stepsister, Kathryn; stepfather, Richard Elliott and his grandparents.

Kenny was born in San Diego, CA, he moved to Albuquerque just in time to attend Highland High School. Meeting his future wife, Peggy (from NY) getting married at Nesbitt’s Chapel in 1985. Starting a family, living in the East Mountains, and moving to CT in 1994. Buying a home and starting a business. Getting tired of snowy winters, moved the family back to San Diego in 2005 where they stayed until 2019 when they returned to Albuquerque to retire.

Kenny was a licensed plumber in two states. He earned his Journeyman Contractor & Master Plumbing licenses in New Mexico in 1989 and after moving to CT, in 1995 he studied & passed the Contractor & Master Plumbing Tests in Connecticut as well. When we moved back to San Diego he applied for & got his “dream job” at San Diego State University as Plumbing Supervisor in Facilities Services where he worked until he retired.

Kenny loved so many things, his family was #1. Kenny & Peggy loved to camp, fish (always throwing them back), boating, traveling. Kenny made the BEST Pumpkin pies & everyone wanted one of their own LOL. Kenny also loved sports, was a lifetime Padre & Charger Fan, Golf, and Nascar. He loved amusement parks sharing the thrill of every roller coaster they passed with his children while Peggy watched. He bungee jumped & always wanted to sky dive. Kenny was a true dare devil sharing his adventurous spirit with his children. He ADORED his grandsons & was so excited when they moved here from Pennsylvania & couldn’t wait until they were old enough to share new adventures. As soon as Michael (now 3) walked in the  house he stopped to see POP-POP first gave a hug & had a piece of Pop-pops unending supply of candy. Unfortunately, Benjamin is only 2 months old & will have to depend on stories about his pop-pop.

To order memorial trees or send flowers to the family in memory of Kenneth "Kenny" G. Collins, please visit our flower store.