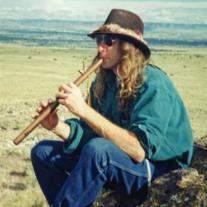 Born January 14, 1950 in Elizabeth, NJ, passed away on June 1, 2015. He is survived by his wife Diana Fein, step-son Eli Sorenson and wife Nicole, grandsons Xander, Nathan, and Ezekiel, his parents Raymond and Marcia Fein, sister Irene O'Connor and husband Gregory, sister Betsy Fusek and husband John, four nieces, one nephew, two great nephews and two great nieces in addition to countless friends all who loved him dearly. David graduated from Summit High School in Summit, NJ, and received his Bachelor of Science in Geology from Rutgers University-New Brunswick. He worked as a research laboratory technician at Bell Laboratories in Murray Hill, NJ, The New York State Department of Health in Albany, NY and Sandia National Laboratories in Albuquerque, NM. He loved his work and made significant contributions to various research projects throughout his years of employment.

David was a ham radio operator (NM5DF) and received his Novice license with the help of Dr. Don Klein, W2GKR. He earned his Elmer when he was 13. He was a member of The Estancia Valley Amateur Radio Association (EVARA). David's other interests included antique radios and glass insulators. He was a member of the New Mexico Radio Collector Club and The Enchantment Insulator Club.

In addition to his many interests, David was a gifted musician. He played the bass guitar, the Native American flute, various percussive instruments, and the twelve-string guitar. He was a member of the bluegrass bands Shagbark Hickory and Dyer Switch in Upstate New York; Native American Style music group Cumulonimbus in Albuquerque; and was currently performing with The Canyon Brothers who play mostly oldies from the 50's-80's era. They volunteer a lot of their time playing at nursing homes bringing immense joy to the residents. David was also a hospice volunteer for five years.  Along with his kind, gentle spirit and healing flute playing, he brought immeasurable comfort to the patients and their families. His first CD titled "Hearts to the Sun" was dedicated to Hospice patients, families, and workers.  He also donated a portion of the proceeds to the University of New Mexico Hospice Program.  He was also an animal lover, particularly cats, and gave them the same love and affection he did to his human family.

David was a rare soul, a "spiritual leader" without even knowing it. He was kind, gentle, caring, patient and humble. He endured many physical struggles that would've shattered most people's spirits, yet he continued to live life to the fullest and wanted more than anything to be of service to anyone who needed their spirits lifted.

Services in celebration of David's life will be held at 11:00 am on Saturday, June 6, 2015 at Daniels Family Funeral Service~Wyoming Chapel, 7601 Wyoming Blvd NE. A reception will follow.  In lieu of flowers memorial donations may be given in David's honor to Animal Humane New Mexico, : https://animalhumanenm.org/pets/help/donate/online/gift.php.  Donations may also be mailed to 615 Virginia St SE, Albuquerque, NM 87108.

To order memorial trees or send flowers to the family in memory of David B Fein, please visit our flower store.