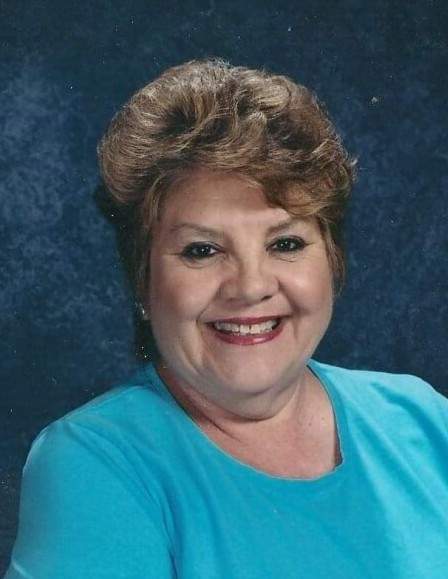 She was preceded in death by her father, Ismael Garcia, Mother, Carmen Garcia, Sister, Bernadette Nevarez (Tappy) and her dog, Sammy. She is survived by her loving husband of 50 years, Toby Gonzales, her two sons, Andrew and Mario Gonzales (Jessica Chavez Gonzales), her dogs Bella and Nico, her 9 grandchildren - Patrick, Anthony, Andres, Selena, Savannah, Marissa, Mariano, Alexis, and Adrian. Her two great grandchildren, Xander and Xaiden. 5 brothers, 7 sisters, 4 god children and many nieces and nephews.

She was born in Las Vegas, New Mexico where she was a graduate at Robertson's High School class of 1969. She spent her time playing bingo, painting rocks, watching her grandchildren, and great grandchildren play ball. She also enjoyed her smoking sessions with her sisters and watching novelas. She enjoyed lots of sporting events at the Albuquerque Academy where she worked for 26 years in the athletic department. Esther always had a smile on her face helping students and staff no matter the case. She also enjoyed camping, fishing, and the outdoors. Her favorite place was Red River, New Mexico where she would take her boys every year when they were young.

She will be dearly missed by her family and friends.

To order memorial trees or send flowers to the family in memory of Esther Gonzales, please visit our flower store.