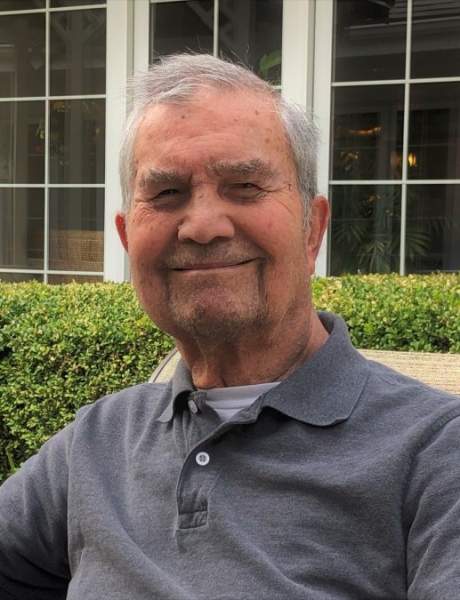 Husband, Father, Grandad, Geologist and Professor Emeritus, Paul Anthony Catacosinos passed away on Sunday, April 5, 2020 at the age of 86. Paul was preceded in death by his wife of 57 years, Joan Diane Catacosinos (Cook) who passed away in 2015. Paul was born on September 29, 1933 in New York City to Anthony and Alice (Cocotos) Catacosinos, immigrants from Greece. His distinguished career began at the University of New Mexico where he earned a Bachelor of Arts degree in Geology in 1957 and a Masters of Science degree in Geology in 1962. It was during his studies at UNM that he met Joanie (B.A.‘56 Geology). They were married January 16, 1958 in Albuquerque, New Mexico. Paul later went on to earn a Ph.D in Geology in 1972 from Michigan State University. From 1956 to 1960, Paul served as a naval officer. After graduating from UNM in 1962, he worked as a petroleum exploration geologist in Utah and Michigan. In 1969, he accepted a teaching position at Delta College (University Center, MI) where he taught for 26 years. Known as Dr. C to his students, Paul rose through the academic ranks becoming an associate professor in 1975 and then earning a full Professorship of Geology in 1980. Paul twice received the coveted Bergstein Award for Teaching Excellence, in 1972 and again in 1988. This award is the highest honor a faculty member can receive at Delta College. In 1992, he was honored with Delta’s Ormond E. Barstow and Ludo K. Frevel Award for Scholarly Achievement. Paul was a published author of industry research, particularly on the geology of the Michigan basin. He also was active in many professional organizations, most notably the American Association of Petroleum Geologists (AAPG). In recognition of his contributions and service to the AAPG and its Eastern Section, Paul received numerous honors and awards including distinguished service, honorary member, and certificates of merit for his work as an advisory council representative. Paul and Joan lived in Bay City and Midland, Michigan for most of Paul’s teaching career. They retired to Albuquerque in 1995. In 2016, Paul moved back to Michigan to be closer to his daughter and grandchildren. In addition to Joanie, Paul was also preceded in death by his sister, Mary Garas. He is survived by daughter, Lisa Catacosinos of Goodyear, AZ; son, Andrew Catacosinos of Midland, MI; daughter, Diana Galante (Christopher) of Canton, MI; nephew Anthony Garas (Elizabeth) of Scottsdale, AZ; and four grandchildren. Donations may be given in Paul’s honor to The Delta College Foundation (www.delta.edu). A Graveside service will be held at Fairview Memorial Park 700 Yale Blvd SE, Albuquerque, NM 87106 June 22, 2020 at 11:00 am

To order memorial trees or send flowers to the family in memory of Paul Anthony Catacosinos, please visit our flower store.