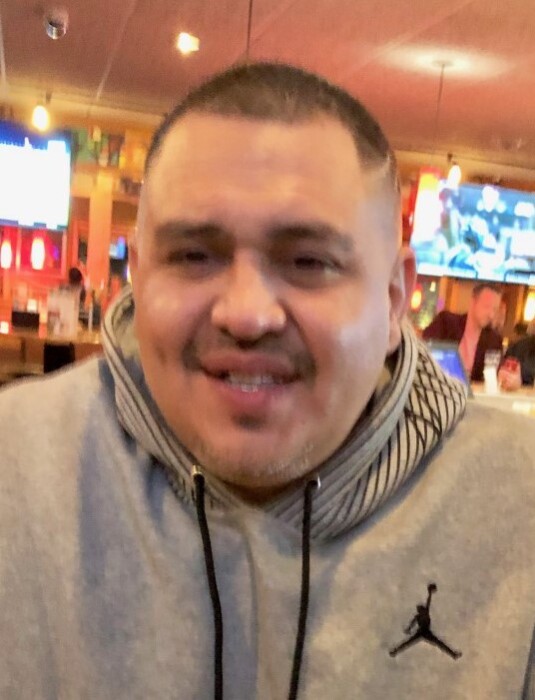 Abraham Adrian Martinez, age 40 passed away Sunday, December 5, 2021 in Albuquerque, NM. He was born October 24, 1981 to Stanley and Janet Martinez in Albuquerque, NM.
He was preceded in death by his grandparents: Teodoro and Juanita Aragon, and Louie and Lucy Martinez; his brother, Cipriano Garcia.
He is survived by his: daughter, Ciarrah Martinez of Colorado Springs, CO; son, Abraham Martinez of El Paso, TX; parents, Stanley and Janet Martinez of Albuquerque, NM; sister, Sharon Griego and husband, Waldo of Albuquerque, NM; brother, Louie Martinez of Albuquerque, NM; sister, Janette Gallegos of Los Lunas, NM; godson, Lorenzo Griego (Tiffany) of Tome, NM; and numerous nieces, nephews, aunts, uncles and cousins.
Abraham went to YDI High School and was employed by Broken Arrow Electric. He was a fan of the Dallas Cowboys; enthusiast for boxing, UFC (Ultimate Fighting Championship), and music; he also had a collection of Jordan basketball shoes.
His favorite verse was: For God so loved the world that he gave his one and only Son, that whoever believes in him shall not perish but have eternal life. (John 3:16 NIV)
A Graveside Blessing for family and friends will be held Monday, January 10, 2022 at 2:00 PM at Mount Calvary Cemetery, 1900 Edith Blvd NE, Albuquerque, NM. Deacon Juan Barajas will be officiating.
Daniels Family Funeral Services
3113 Carlisle Blvd NE
Albuquerque, NM 87110
505-884-1188
To order memorial trees or send flowers to the family in memory of Abraham Adrian Martinez, please visit our flower store.