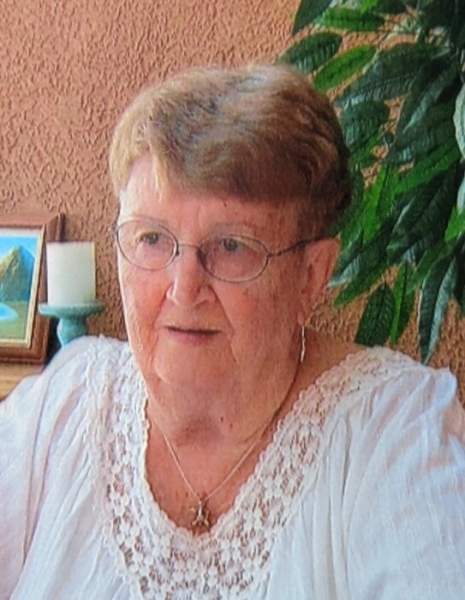 Alma Jeannine Fritzges, beloved mother and grandmother, left to be with her Lord in Heaven after 79 beautiful earthly years on January 6th, 2022 in Albuquerque, NM. Her journey began when she was born to Alma Dorothea Fruechte and George C. Fritzges on August 27th,1942 in Santa Fe, NM as the fourth of their six children. She, along with her four sisters, entertained one brother.

She graduated in the class of 1960 on May 26th from Santa Fe High. She married her first husband on May 27th, 1963. She gave birth to her first son Gregory Allan on March 19th, 1964 in Albuquerque, NM after they purchased the home she would live in for the remainder of her journey. The marriage to her second husband came December 1st, 1965 with Woodrow Lester Sage before he adopted her son. They welcomed her second son Oran Kelly on November 1st, 1967 who would complete their family.

After raising her sons she would happily welcome all four of her grandchildren from 1990 to 1993. All the while she was pursuing a career in technology starting at AT&T from 1978 until 1993. In 1994, she advanced her career by becoming an operator with Sandia National Laboratories. It was here that she took the opportunity to continue her education at Technical Vocational Institute (TVI) where she received certificates in Operating Systems and Communication Skills. Somewhere along the way, she would get her final job with Verizon Wireless and happily retire to stay home and enjoy many years with her pets and grandchildren.

She was a smart, beautiful, thoughtful and spiritual woman. She enjoyed all things that brought beauty and light into this world. She rescued, loved and cared for several animals who will be glad to have her home now. Thank you to the nurses who were there with her for the last 2 ½ months; who read our words to her and cared for her since we could not. Thank you to Daniels Family Funeral Services for their kind words, their understanding and everything they've done for our family. Details about services are being arranged by Alma’s Granddaughter Kayla Hull in celebration of her life.

To order memorial trees or send flowers to the family in memory of Alma Jeannine (Fritzges) Sage, please visit our flower store.