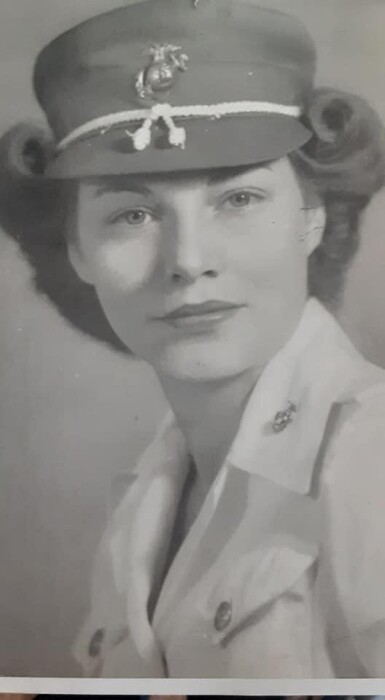 Anna is survived by her Husband Michael of Rio Rancho, New Mexico, her son Michael and wife Linda of Lake Ronkonkoma of New York, her son Daniel and wife Jan of Louisa, Virginia, her daughter Patricia and husband Steven of Rio Rancho, New Mexico and her daughter in law Lori of Broken Arrow, Oklahoma. She is also survived by her 10 Grandchildren, 23 Great-Grandchildren and 7 Great-great Grandchildren. She is preceded in death by her son Joseph, her brothers Clark, Garrison, Clement, Dan, Jarett (Buzz), Ernest and Harry, her sisters Mabel, Mamie and Florence.

Anna was born to Almon Flora (Graham) Tawney and Aaron Tawney in Newton, West Virginia on September 11th of 1921. Anna graduated from Spencer High School on May 16th in 1940.  Anna joined the Marines as an Aviation Supply Clerk May 16th, 1943 and earned the rank of Corporal. She served during World War II and was Honorably Discharged on September 23rd of 1945. Serving for little over two years. Shortly before her discharge, she married her sweetheart Michael E. Desposito in Mojave Desert, California on August 11th, 1945. They lived happily married for over 76 years and had four children. Anna worked for a time at the State Workers Compensation in Charleston, West Virginia.

Anna was a part of numerous organizations including the New Mexico Democratic Club, the American Legion, The Women Marines Association and the Daughters of the American Revolution. Anna has also been active church member of St. Thomas Aquinas Catholic Church since 1969.

To order memorial trees or send flowers to the family in memory of Anna Elizabeth Desposito, please visit our flower store.