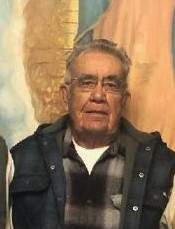 Anselmo (Chemo) Duran, 77, a lifelong resident of Cuba NM, passed away on August 18, 2022. He was preceded in death by his wife, Flora Duran, his parents Rafael & Audelia (Jacquez) Duran and his brothers Ralph & Julian Duran. He is survived by his daughter Brenda Montoya & his sons Alfred (Rosa) Duran, Nolan & Ronald Correa, his 13 grandchildren & 23 great grandchildren. He is also survived by his siblings Emma Dominguez, Jennie (Bill) Chapman, Cecilia Duarte, Fabiola (Clarence) Morales, Gilbert (Sharon) Duran and Rick (Terry) Duran. He leaves behind many other relatives. He also had numerous friends who would agree that he was "muy buena gente". He was the best! He was a very humble, genuine and easy-going man. He spent his life as a Rancher as he loved the outdoors. He worked many years in the oil field. His employers & coworkers remained in his life as extended family. Chemo's sense of humor & carefree demeanor will be greatly missed by all. The family would like to extend our deep gratitude to Sharon Duran, for her kindness, care & respect for Chemo during these very difficult times.

To order memorial trees or send flowers to the family in memory of Anselmo (Chemo) Duran, please visit our flower store.