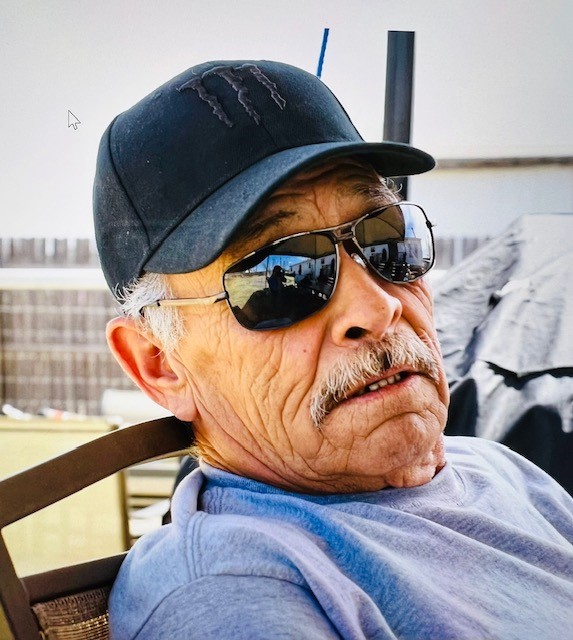 Arthur “Art” Ortiz, 75 passed way on November 25, 2021 at his home surrounded by his loving family. Art was born in Belen NM where his family then relocated to Southern California. It was there that he met his wife of 54 years, Yolanda where they had two children, Anthony and Lisa. Soon after Lisa was born the family moved to Socorro, where he lived until the time of his passing.

Art’s most enjoyable moments in life where spending time with his family, especially his two grandsons, Jacob and Christopher.  There are many memories of them camping with close friends at Bonita Lake, just fishing at Escondida Lake or taking their boat out to Elephant Butte with his daughter, Lisa.  After his retirement he took the long family tradition of jerky making to a new level and remained the driving force behind Ortiz Jerky. Until a few short months prior to his passing he could be found at the jerky store always ensuring the quality of the product was just as his mom and dad had made.

Art is survived by his wife, Yolanda, his son Anthony his wife Kim and his daughter Lisa. He is also survived by his grandson Jacob and his wife Aspen, his grandson Christopher and his fiancé Darrien Torres. He was also blessed with five great grandchildren Remington, Ava, Gauge, Amelia and Aria. Art also has six surviving siblings, his sister Irma Jaramillo, Barbara and her husband Ralph Aguinaga, Peggy and her husband Robert Medina, Sr., Elmer and his wife JoAnn, Christy Ortiz, Danna and her husband Jim Cook and many nieces and nephews.

Services will be held at San Miguel Catholic Church in Socorro NM, on Friday December 3, 2021.   Mass will begin at 10:00, with burial to immediately follow at San Miguel Cemetery.

To order memorial trees or send flowers to the family in memory of Arthur Ortiz, please visit our flower store.