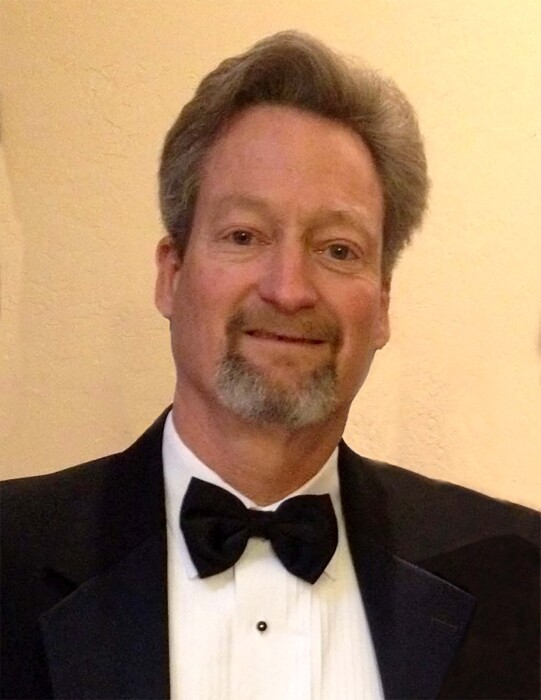 C. Scott Everett passed away on December 5, 2021.  He will be greatly missed by his family and many friends.

He is survived by his loving wife of 39 years, Marie Smith Everett; his children, Gregory Everett and wife, Victoria and grandsons Hunter and Archie; Matthew Everett, and Mackenzie Everett all of Albuquerque, NM. Parents, Cecil and Barbara Everett; brother Guy Everett and wife, Carol Lynn; and their children, Ashley and Christopher; sister Cindy Hill and husband Brian, and their daughters, Savannah and Taylor of Orlando Florida.

He was preceded in death by his father-in-law, Harrison Smith and his grandparents, Cecil and Edna Everett.

Scott was born in Miami, Florida on January 6, 1960.  He was an All-State goalie at Lithonia High School in Lithonia, GA.  He achieved the rank of Eagle Scout with the Boy Scouts of America; an accomplishment he shares with his eldest son. He attended the University of Georgia where he met his wife, Marie, and graduated with a degree in Microbiology. They moved to New Mexico in 1984, where Scott began his construction career.  He had a conceptual mind and created beautiful homes in the greater Albuquerque area. Scott joined the Home Builders Association of Central New Mexico receiving numerous awards and accolades, including the Presidential Award and Builder of the Year. Serving as the chairman for the Parade of Homes from 1990-1994 and was elected the associations President in 1995.

Scott and Marie enjoyed many years attending concerts, traveling, and living life with one another creating cherished memories that will last forever. Scott spent joy-filled hours watching marching band competitions, attending cross country races, cheering at track and field meets, and appreciating the created arts for all his children. The joy continued when he earned the designation of “Papa” with the birth of his two grandsons. A highlight of his life was watching his children and grandsons grow, learn, and meet their unique potentials.

A Celebration of Life will be held on Thursday, January 6, 2022 at Sandia Event Center 4:00pm to 7:00pm. In lieu of flowers, contribution can be made to The Boy Scouts of America, Great Southwest Council in Scott's memory.

To order memorial trees or send flowers to the family in memory of C. Scott Everett, please visit our flower store.