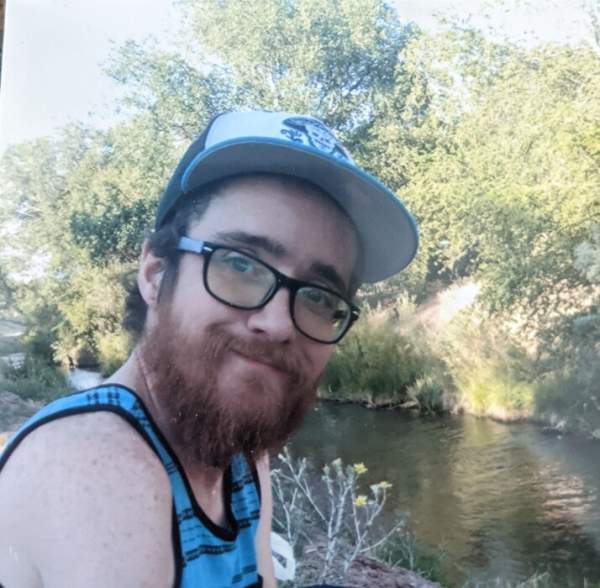 It is with broken hearts that the family of Cassidy Donovan announces his passing on February 5, 2022, in Rio Rancho, New Mexico. He was 35 years old.

Cassidy was born on August 7, 1986, in Albuquerque, New Mexico. He spent his early childhood in Tijeras and Edgewood, in the mountains east of Albuquerque. Cassidy and his family moved to Rio Rancho in 1999, and he wasted no time making friends. Cassidy was a bright spark in this world. He was a fun, free spirited guy who knew no strangers and made friends wherever he went.

Cassidy was a curious, creative and extremely intelligent person who loved to read, play guitar, listen to music, hang out with friends and have interesting conversations.  Cassidy had a wild sense of humor, and a personality that lit up a room.  He was gentle and loving man with a big heart who enjoyed connecting with people.  Cassidy’s son Malekai inherited many of his father’s special qualities. Cassidy had a playful side and was the “funcle” to his nieces and nephews.

Cassidy’s career as a server suited him because he loved the interaction with his customers as well as his coworkers. Over the years he has been employed by a few area restaurants. At the time of his passing Cassidy was employed by O’Hare’s Grille & Pub in Rio Rancho. The kindness and compassion shown to our family by his managers and coworkers during this time has been comforting.

Cassidy and Natalie were to be married May 13 this year.  They had been dating for five years, and her family had already become his family, and they loved him like a son, brother, uncle.  He is survived by Natalie’s parents, Rosemary and Gilbert; brother, Orlando; sisters, Beatrice Davidson, Angela and her daughter Annabelle.

A celebration of Cassidy’s colorful life will be held at 2:00 p.m. on March 12, 2022, at Sky Room Campus Park, 2516 King Blvd NE, Rio Rancho, NM 87144.   Wear your favorite tie dye clothing, share your favorite memories and let’s give Cassidy a fun and meaningful celebration he would have enjoyed.

To order memorial trees or send flowers to the family in memory of Cassidy Lee Donovan, please visit our flower store.