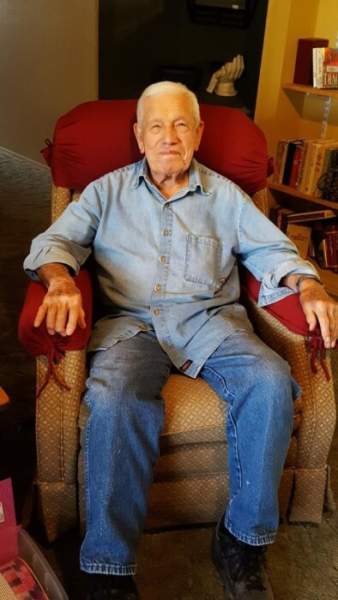 Cruz was born on December 25, 1928, in Monticello, New Mexico to Cruz C. Tafoya and Faustina Montoya. He graduated from Galileo High School in San Francisco, CA in 1946. Cruz enlisted in the Army from 1951-1956 and served in the Korean War. He married the love of his life, Stella Clorinda Brown on October 26, 1957, in Albuquerque, NM. Cruz worked as an independent truck driver from 1955-1974. He later worked for the City of Albuquerque in the traffic engineering department before retiring in 1993.

Cruz enjoyed going outside and gardening. He also loved reading and catching up on current events. He cherished spending family time together and being involved in family events.

He will be greatly missed by his family and friends.

A Memorial contribution can be sent to Cancer Society or Muscular Dystrophy Association in honor of Cruz L. Tafoya.

To order memorial trees or send flowers to the family in memory of Cruz L. Tafoya, please visit our flower store.