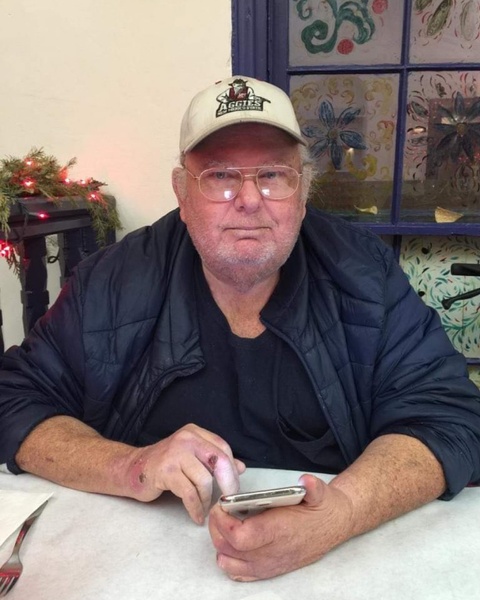 Curtis Michael Collins Sr. (many of you probably knew him as Mike), was born on January 21st, 1954, in Baltimore, Maryland. A longtime resident of Albuquerque, New Mexico, a dedicated husband, father, grandfather, great-grandfather and loving friend, entered eternal life, peacefully, on September 27th, 2022, after a lengthy battle with complications that stemmed from diabetes. His spirit is carried on by his Wife, 12 children, 23 grandchildren, 5 great grandchildren, his brothers, sister, nieces, nephews and the list could go on.

Though his body was frail and tired, his spirit was full of grateful appreciation to be able to draw another determined breath every second he was graced on Earth. He lived on his own terms, and he knew it was time to leave when the Lord was calling him into his eternal care. He always imparted sayings that were at times insightful, or at times jovial. He could bring a chuckle in a moment of extreme seriousness. Dull moments were a rarity while in his presence. Up until the end, his positive outlook and sense of humor remained with him.

Curtis was a ladies’ man, a mans’ man, a mover, a shaker, a do-er, a maker. An accomplished traveler and foodie extraordinaire. He had a lifelong affinity for deviled eggs, black licorice, potted meat & his wife’s gravy. He excelled at making people smile, comforting those in times of need and being a constant source of support. Curtis took fashion cues from no one. His signature every day look was a plain pocketed Fruit of the Loom T-shirt, sweatpants, and would top it off with one of his ‘world famous’ lightly stained hats. He loved a worthy adversary in arguments and would often be found giving his outspoken opinion during Judge Judy (or any court or crime show for that matter).

Those around him were blessed to learn many valuable lessons during his 68 years, among them; Being patient really is a virtue, that corny jokes are cool (enough) and that laughing at your own jokes is cool, too, even when no one else laughs with you! That respect for Mom is paramount. “Take care of your mom,” those words were heard by many as if he put them in an echo chamber of eternity. That the importance of family is vital. He was a firm believer that family is fundamental and that our love is our foundation. And every structure worth its weight starts with a sound foundation. Curtis was the living embodiment of the phrase “it’s nice to be important, but it's more important to be nice.”

Throughout his life, Curtis enjoyed watching movies, particularly of the comedy variety, his bellowing laugh was contagious and would fill an entire room. But if those around him objected to his movie request, he would be game for anything, so long as he could spend time watching, whatever, with those he loved. Entertaining company was one of his fortes, after all. Nothing would light up his crooked smile more than seeing his children randomly show up at his house. Having a moment of their time to talk about life, the latest happenings or anything really. Being a grandparent came naturally to Curtis. The grandkids loved his big bear hugs and his relentless attempts at making them laugh. The grandkids and great grandkids made him feel youthful.

Now, Curtis is at rest. Pain free and in eternal peace. Hold him close, in your mind and in your spirit. Our guarding angel. He will be waiting to make us laugh again. The family would also like to thank the staff at Fresenius Kidney Care who took great care of him. The Staff at Daniels Funeral home, extended family and everyone who knew or thought of ‘Mike’.

To order memorial trees or send flowers to the family in memory of Curtis Michael Collins Sr., please visit our flower store.