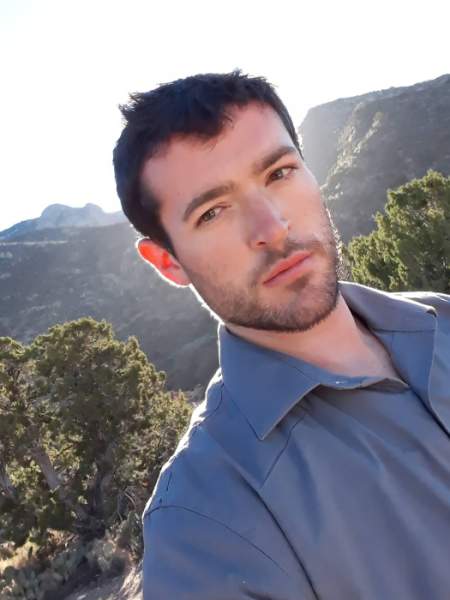 David Brown, beloved son, brother and friend to all he met, had his life taken from him unexpectedly and tragically on Christmas Eve, December 24th, 2021 in Albuquerque, New Mexico. He was taken from this world much too soon.

If you were lucky enough to get the chance to meet David you would know how brilliant he was. His intellect and curious mind were always searching for more knowledge and answers; always trying to make sense of the world in his own way. David had his own unique wisdom, and a deep understanding of the profound sense of beauty in the universe. He loved powerful messages, powerful music and meaningful theories of life and beyond. Close friends of Daves' especially remember his sense of humor, and the music he shared with them which was very important in his life. David was most well-known for his unfathomable understanding of computer programming and theoretical disciplines. David was also known respectfully by his friends in town as "Computer Dave" because of his love and deep knowledge of technology and computer science. He knew more about these areas than any average person could comprehend. To most people he was truly considered a genius.  David was a master of life, philosophy, computers, sociology... anything he came across he would aspire to master.

David touched the hearts and minds of very many people, from Albuquerque and beyond; so much so that each one viewed him as a brother or best friend. Everyone he encountered he wanted to help feel loved and safe, and always made sure they were okay in his own way. He was strong no matter the circumstance, and always determined to be utterly free. He will forever be remembered as an extraordinary, brilliant person who was always much bigger than this world.

Although David didn't believe in textbook religions, he found his own meaning in their teachings and applied them to his own beliefs.  He believed in being a part of a something greater than himself, and that all energy is neither created nor destroyed but transformed. David set his own principles to follow. He believed in promoting love instead of hate, spreading knowledge and wisdom, and that every moment was an opportunity. Most of all he believed in himself, and was rising above it all.

David is survived most closely by his loving mother Dusti Brown, his father David Rupell, and his little sister Hattie Brown. He is also survived by his many close friends who were like a second family to him. His family will always hold his memory very closely to them, and miss him forever. David is and will always be loved, beyond this world and the next.

"For me there is only the traveling on paths that have heart, on any path that may have heart, and the only worthwhile challenge is to traverse its full length -- and there I travel looking, looking breathlessly...."
-Carlos Castaneda
"The average man is hooked to his fellow men, while the warrior is hooked only to infinity."
-Carlos Castaneda
"Blessed is the one
who does not walk in step with the wicked
or stand in the way that sinners take
or sit in the company of mockers,"
-Psalm 1:1
The link below is to livestream the services for David (San) Brown.
https://event.forgetmenotceremonies.com/ceremony?c=aa665a8d-3c01-4870-ad0a-ba8712e016b2
To order memorial trees or send flowers to the family in memory of David (San) Brown, please visit our flower store.