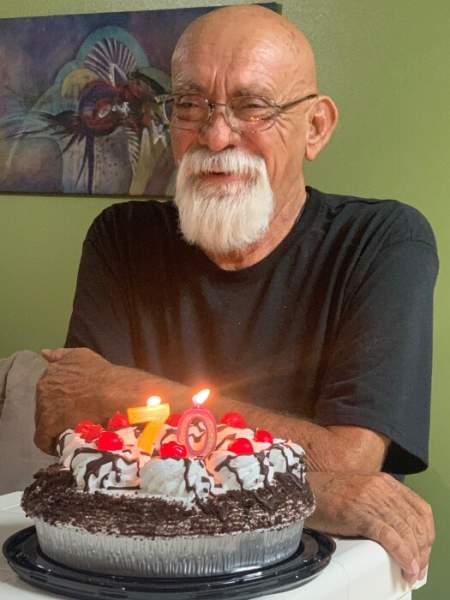 David was a graduate of St. Michaels High School. He served in the US Army from 1969-1972. He was stationed at Seneca Army Depot in Romulus, New York, where he worked as a Nuclear Weapons Basic Maintenance Specialist. He was awarded the National Defense Service Medal and Good Conduct Medal. After his honorable discharge, he attended the University of New Mexico where he received Bachelor’s and Master’s degrees in Civil Engineering.

David enjoyed riding his Harley to Sturgis several times, spending time with his family and his dog Dexter. He also enjoyed old westerns, fishing and socializing with friends. David was always at his grandchildren’s sporting events to cheer them on.

David was preceded in death by his parents Irene and Fred Gonzales, and his sister Frances Marie Sanchez. He is survived by his son Joseph Gonzales and wife Jessica, his daughter Jennifer Romero and husband Christopher, and grandchildren Noa and Aaron Gonzales, Brannyn and Tayler Vance, sisters Irene Therese Boudah and Anita L Villarreal, and many nieces and nephews.

A Rosary Service will be held Monday May 2 at 11:30 am at Prince of Peace Catholic Church with the Funeral Mass immediately following at 12:00 pm. Burial will be at 3pm at the Santa Fe National Cemetery.

To order memorial trees or send flowers to the family in memory of David Anthony Gonzales, please visit our flower store.