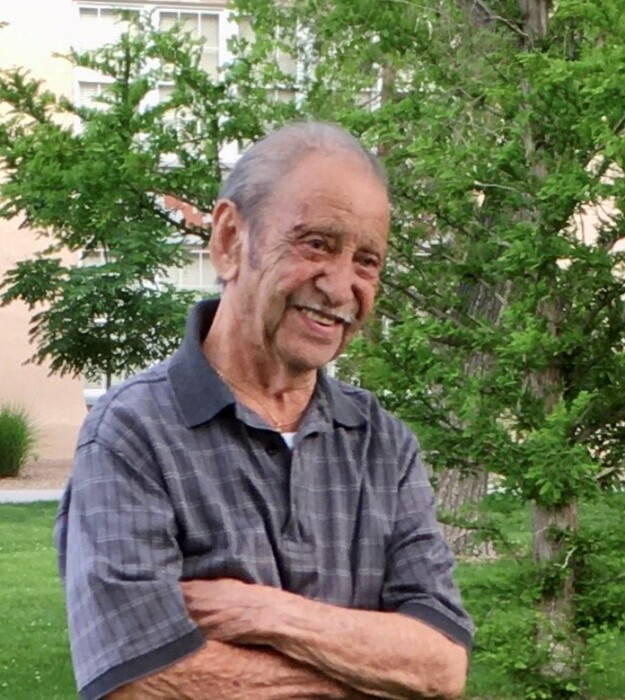 David was born October 22nd, 1923 in Taos, NM to Feloniz (née Trujillo) and Miguel Graham. He attended Taos High School and graduated in 1940. Afterwards, he attended Barber College and received a Barber Degree. David entered the army May 26th of 1943, where he served as a barber for the three years. He served in New Guinea and the southern Philippines in the 166th Antiaircraft Artillery Gun Bn and served specifically at the destination of Asiatic Pacific Theater. David received decorations including Asiatic Pacific Campaign Medal with Bronze Arrowhead, the Good Conduct Medal, Philippine Liberation Ribbon with Bronze Star, the World War II Victory Medal and TWX WD 45. David separated from the army with an Honorable Discharge in 1946. David continued as a barber for over 69 years.

David married his wife Beatrice Pacheco on November 27th, 1948 at the Sacred Heart Cathedral in Gallup, New Mexico. They continued to live happily married for over 63 years and had four children.

Special interests of David’s included going to horse races and gambling. David was a member of the American Legion; he was a part of Post 49. David was also an active Church member of Our Lady of Assumption.

To order memorial trees or send flowers to the family in memory of David Vargas Graham, please visit our flower store.

Our Lady of Assumption