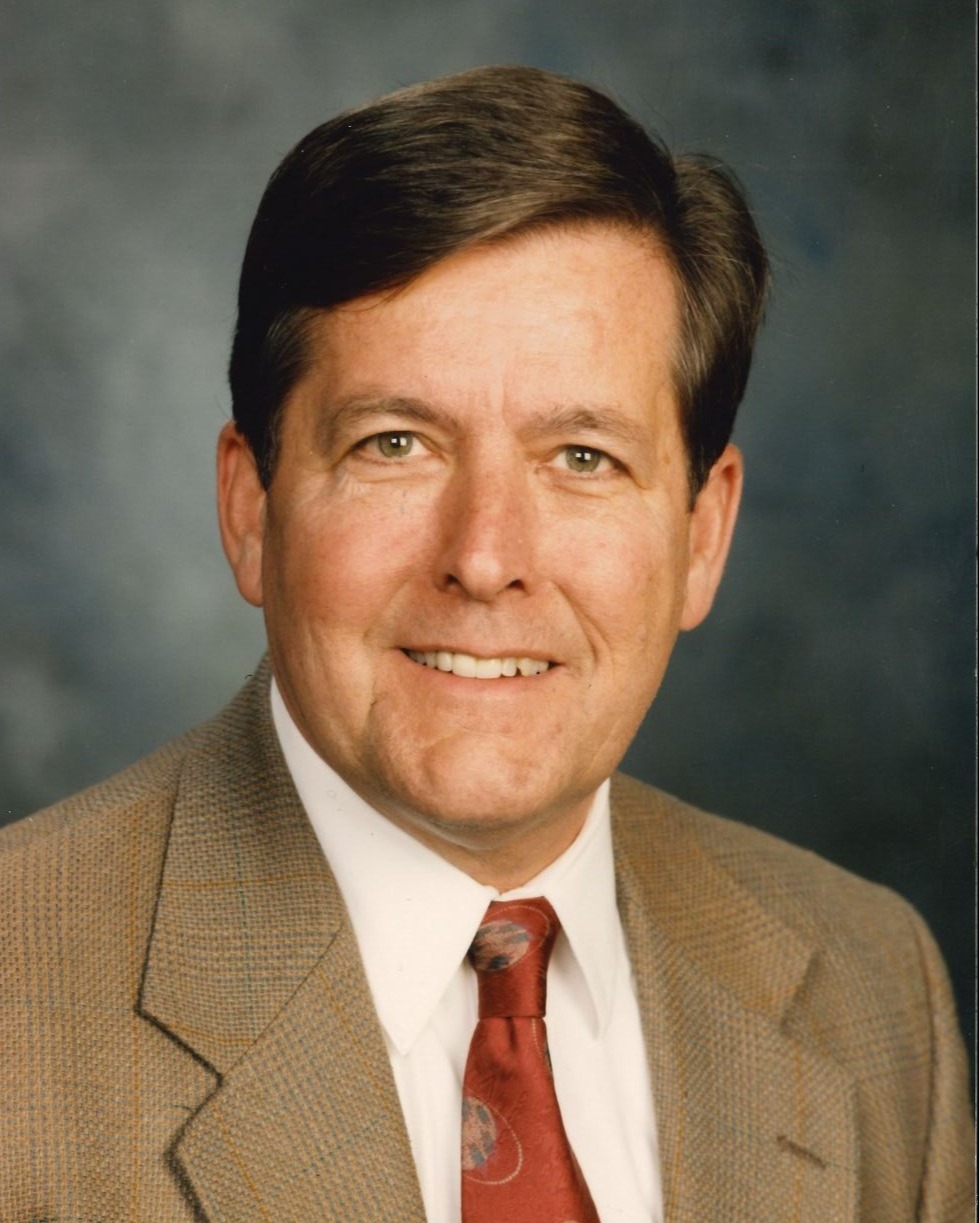 Dr. Dennis Brewster Hayes, of Cedar Crest, New Mexico has surrendered his earthly body after a short illness. The son of Robert and Marian Hayes, he was born in Minneapolis, Minnesota on September 16, 1938, the second of three children. He was preceded in death by his parents. He is survived by his wife of 63 years Jan Hayes nee Gamble and his two children, daughter Denise and her husband Ryan, grandsons Nicholas and Alec, his son Doug and his wife Kathryn, his sister Barbara, and brother Bobby.

In 1957 Dennis met Jan, the woman with whom he would spend the rest of his life. They were married in 1960 in Albuquerque, New Mexico. He was blessed with an insatiably curious mind and a persistence that eventually put him on a path to his first job at Sandia National Laboratories as a file clerk at the young age of 18. Officials at the lab were so impressed with him that they helped finance his college education at UNM where he earned a B.S. and later an M.S. in Physics, his primary field. He later attended Washington State University under Sandia's Doctoral Study Program where he received his PhD in Shockwave Physics in 1972.

Dennis rose steadily through the ranks at the Labs, culminating his 43 year-long career there as Director of the Labs' Research and Development Coordination. He then became President of Lockheed Martin Nevada Technologies. Two years later he became a consultant for Los Alamos National Laboratory doing cutting edge material shockwave science. This work led to his nomination and appointment as a Fellow of the American Physical Society, an accomplishment that he was honored to receive.

His contributions to the field of physics and management lived on through his many colleagues that remember him for his professionalism, his finely-honed people skills and his special brand of humor that he often used to ease the tensions that characterized high-expectations environments. Dennis Hayes was a firm believer in the possible, always willing to entertain new methods to solve difficult problems.

His open door policy was a breath of fresh air for all who worked for and with him throughout his long and illustrious career. A soft-spoken man with boundless inner personal strength, Dennis knew his limitations but was always willing to challenge and exceed them whenever possible. There was never enough time for him to accomplish all that he had set out for himself, but that fact never deterred him from offering an outstretched hand or a comforting shoulder to those in need.

A scientist's scientist, he often spoke about the wonders of the universe in believer's terms and frequently expressed certainty that a higher power was at work in creating all the wondrous beauty that surrounded him, especially that which he richly enjoyed while indulging in his favorite pastimes of fly fishing in America's many streams, classical music, traveling the world, and cooking from Julia Child’s Mastering the Art of French Cooking. He also believed that work didn’t always deserve a paycheck and spent nearly ten years volunteer teaching higher mathematics at the East Mountain High School and was fully engaged in supporting his beloved wife Jan's efforts in preserving and protecting New Mexico's Black Bears.

Dennis Hayes was a proponent of the 'Will Rogers school' when it came to strangers. To him, strangers were just friends he hadn't as yet met. He was the consummate advocate for anyone displaying passion, patience and persistence. His respect for all people, no matter their political or ideological persuasion was born of a deep-seated belief that to do good meant to be good and that to be good one must have an open mind. Dennis was above all a kind, gracious and caring man who was always there for his friends and especially his two wonderful children Denise and Doug and grandchildren Nicholas and Alec who he adored. Dennis will be remembered for many things by many people, but he will always be remembered.

The comet's tail burns bright, illuminates and fades, but a man's life, lived to the fullest, will always and forever be visible in the heavens and in our hearts. God rest his immortal soul and comfort his family in their time of grief. His loss is profound to all who knew and loved him.

A memorial service will be held on Wednesday, January 18th at 10:30 am at the Daniels Funeral Home located at 7601 Wyoming NE, https://www.danielsfuneral.com/wyoming-chapel. The service will be followed with interment at 1:00 pm at Sandia Memory Gardens, 9500 San Pedro NE in Albuquerque.

Several days ago a thread on Cabbie’s blog got into a discussion of the existence of God. I thought I might put in my 2-cents worth.

I am a scientist who believes in God.

Science does not prove or disprove anything about the existence of God but it does humble the mind.

Some things are to be believed but not understood. For instance consider the case of a pair of photons of light, generated from a single atomic process; one sent north and the other one south. If someone fiddles with the north -going photon (say runs it through a polarizer) after it has gone 100 miles, the south-going photon is immediately altered even though they are 200 mile apart and going in the opposite directions at the speed of light. Actions at a distance? Communicating faster than the speed of light? How can the second photon be affected by something you did to the first one? Impossible they said.

It turns out that these “twin” photon’s futures are forever linked. It’s called quantum entanglement and was predicted and ridiculed before it was established as fact. Theorists explain: even though they are separated by 230 miles (the present record), their separation in space-time is zero. That is, in space-time, they have not moved apart at all. They are forever entangled. And there is no limit on distance either. Next clear night when a bit of light from a distant star is captured by your eye, be aware that its twin, millions of light years away, is altered. The entire universe is coupled in unimaginable ways.

This intuition - defying phenomenon can be predicted and quantified by theorists but can never be reconciled with human experience, rational thought, logic or any of the other tools non-scientists use to determine the truth of something. It is to be believed but never understood in the way we usually mean that word.

That shows me that I can believe in something with no hope of ever understanding it. But, you complain, you may not “understand” the above example but at least you can verify that it is true. Correct. I only used that example because the critical experiment is easily described to non-technical people that might frequent this blog. There are hundreds of examples that are too complicated to go into here: empty space is deformed causing gravity; empty space is also filled with latent particles lurking just beneath the vacuum, awaiting sufficient energy to be made real; time disappears as you look backward to the big bang, a particle can be in more than one place at the same time, etc. I believe all these to be true but verification is lacking.

When I look at the flora and fauna around us I am reminded that evolution randomly formed branches of life to form a non-unique life set that is in equilibrium. When I look at the sun and other stars I can imagine the accretion of cosmic dust and with the larger blobs of matter, crushed by gravity, spontaneously undergoing nuclear fusion and getting very hot. I think the 10 commandments contain great wisdom for a stable and good society. When I look at the earth I see turmoil with the crust completely churning every 100-million years or so giving us all of the geology we see. All of these things are well within my comprehension. But when my mind peers down into the sub-atomic, very-short-time-scale world of quantum mechanics, I must leave my intuition and common sense understanding behind. This is a world of extraordinary mathematical complexity and beauty where symmetry, uncertainty and probabilistic behavior rule. The more I study it, the more spiritual I become. How could all of this exist without the hand of God?

There is another branch of science that is relevant to this discussion: cosmology. P.C.W. Davies’ popular science book The Accidental Universe contains a remarkable insight. Mathematical models of the evolution of the universe and all its parts down to the sub-atomic level are governed by a small handful of physical constants: the gravitational constant, the speed of light, Planck’s constant that determines the scale and intensity of quantum-mechanical interactions and a few more. Davies notes that this suite of constants is quite unique. If any of these constants were slightly different, the universe would not be as we know it. If the weak nuclear force was not almost exactly balanced by the force of gravity our proton - rich universe would be mostly neutrons with essentially no elements formed shortly after the big bang and no chemistry --- and no life. If gravitation were a little stronger or a little weaker, stars like the sun would be rare and short-lived becoming dwarfs or giants. And so on, with dozens more examples of the unlikeness of the universe we live in.

This uniqueness of the suite of fundamental constants is widely accepted and cosmologists and philosophers conjure reasons why. Most propose the “anthropic principle” that you can find on Google if you care to know about it. It basically has multi-universes, each with a different suite of constants and only those with our suite can have “beings” there to think about these things. Less favored but still considered is Divine design where the texture of the universe is hand-stitched by God so that we can have this remarkable world that we enjoy.

I understand agnosticism. But to me, atheism is an arrogant and intellectually inferior position, given that there is so much else in our world that cannot be reconciled with our intuition or intellect.

As said earlier, for me, science does not prove or disprove anything about the existence of God. But it opens my mind.

In the end, it is all faith.

To order memorial trees or send flowers to the family in memory of Dr. Dennis Brewster Hayes, please visit our flower store.