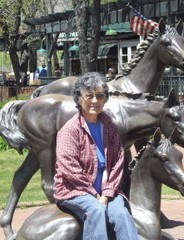 Diolinda Garbagni, age 91, passed away to be with the Lord on January 6, 2022. Diolinda was a beloved wife, mother, grandmother and aunt. She was born November 7, 1930, in Corrales, NM.

She was preceded in death by her husband Johnnie; parents, Benjamin and Josie Sanchez; and her brother Benny.

She is survived by her children: Randy (Evelyn), Johnnie Jr (Eileen), and Veronica (Richard); siblings: brother, Ray (Corrine Sanchez), sisters, Alice, and Juanita (Sammy Garcia). She has numerous grandchildren and great grandchildren.
Pallbearers will be: Manuel Garbagni, Miguel Valtierra, Pablo Gutierrez, Richard Shyrock, Alfred Casaus, and Rito Ballejos. Honorary Pallbearers will be: Noah Ainsworth, Nicholas Ainsworth, and Salvador Gutierrez. She will be missed by many. The family wishes to thank everyone that has given support during this difficult time.
Daniels Family Funeral Services
3113 Carlisle Blvd NE
Albuquerque, NM 87110
505-884-1188
To order memorial trees or send flowers to the family in memory of Diolinda Garbagni, please visit our flower store.