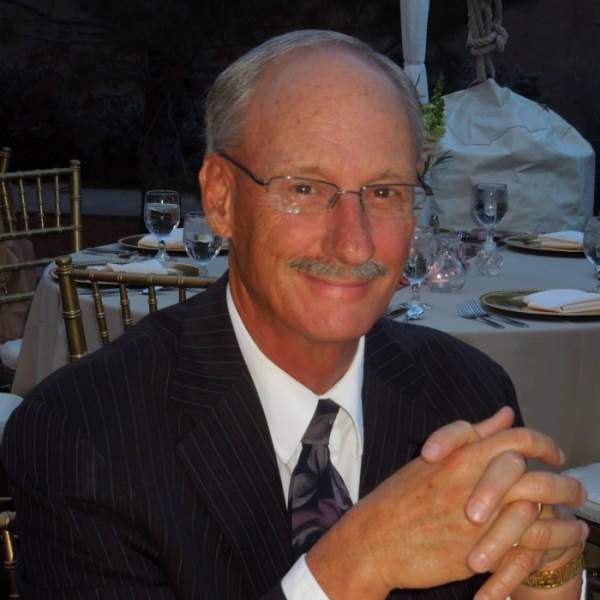 Douglas Mitchell, age 74, passed away suddenly on Saturday, August 28, 2021. An Albuquerque native, he was born April 23, 1947, to James B. and Barbara Mitchell, who both preceded him in death. Doug graduated from Sandia High School in 1965 and proudly served four years in the United States Air Force until his honorable discharge in 1969. He later received his Bachelor of Arts degree in Social Science from California State University at Sacramento in 1973, and his Master of Arts degree in Public Administration from the University of New Mexico in 1980.

Doug retired from the state of New Mexico after serving 26 years in the criminal justice field.  During his career, he was the Division Director for CYFD’s Juvenile Justice Division, Superintendent of the Youth Diagnostic and Development Center, Chief Probation/Parole Officer for the Juvenile Probation/Parole Office, and Deputy Court Administrator and Juvenile Probation Officer/JPO Supervisor with the Second Judicial District Court.

In his retirement, Doug continued to work in the Juvenile Justice arena. He was the JDAI Site Coordinator for Bernalillo County where he received national recognition for becoming one of five model sites in the country. Most recently, he was a member on the Juvenile Justice Advisory Committee, board member of Los Puentes Charter School, and a board member on the Civilian Police Oversight Agency.

Doug’s faith was a central part of his life. His love for Jesus and his extensive knowledge of scripture were evident in his life. Doug and Shirley recently joined New Covenant Church in Albuquerque. Previously, Doug had been an active member and supporter of Grace Church in Albuquerque, and enjoyed his Community Bible Study men’s group for more than 20 years.

The most important part of Doug’s life was his family and loved ones. Doug cared for his elderly mother for the last 15 years of her life. He also loved his four-legged fur babies, caring for and spoiling his dogs as only he could!  He loved UNM Football and UNM Basketball and enjoyed attending games with his family and friends.  He enjoyed live musical performances and was a regular attendee at Popejoy Hall. Doug loved to travel and was blessed to visit many places including a tour of Italy in 2006, five trips to the Hawaiian Islands (Kauai was his favorite), numerous cruises (including an Alaskan cruise), and many other beautiful and interesting places across the United States.

Visitation will be held Monday, September 13, 2021 from 4:00 pm to 4:45 pm, followed by funeral services at 5:00 pm at New Covenant Church, 7201 Paseo del Norte NE, Albuquerque. The service will also be live-streamed so family and friends who cannot attend may still participate in the services and say their farewell to Doug.

Interment will follow at the Santa Fe National Cemetery on Monday, September 27, 2021 at 1:30 pm. All family, friends, and loved ones are welcome to join us at the ceremony in Santa Fe.

In lieu of flowers, the family asks that donations be made in Doug’s name to Los Puentes Charter School Foundation, 4012 Fourth Street NW, Albuquerque, NM 87107.

Doug’s family would like to give a special thanks to Presbyterian Hospital’s COVID-19 medical staff for their compassionate caring for Doug and all their patients.

To view Douglas service please click on the link:

To order memorial trees or send flowers to the family in memory of Douglas Mitchell, please visit our flower store.