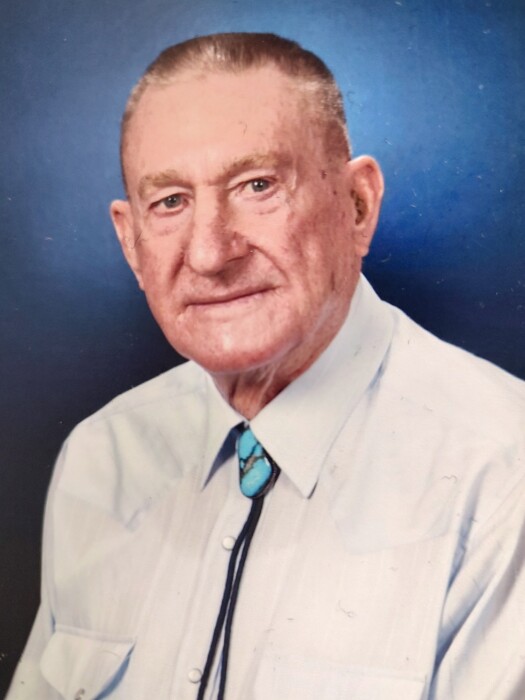 Edward Clinton Sabrowski, age 99 passed away August 7, 2022 of natural causes.  He was born in Fort Madison, Iowa but lived much of his life in Albuquerque, New Mexico.  He served 1 year in the CCC camp at Elephant Butte then finished high school.  He graduated from Albuquerque High School May 29, 1942.  He was drafted the day he turned 18 and he chose the Navy because he liked the uniform.  He served 3 years in the South Pacific aboard the Battleship USS Indiana BB58 as an EM2.  His ship was rammed by another Battleship killing 9 sailors on the Indiana and 20 on the other ship.  He was in nine campaigns starting a Tarawa and ending in Japan.  He witnessed the signing of the surrender of the Japanese at Pearl Harbor from the deck of his ship.

He married Karen Gaylor, a missionary nurse from Iowa, who he met at the Embudo Hospital while he was working on a new addition.  They married in 1962 and had two children, Julie Doris and Donald George.  He made sure his children were well educated and had a strong work ethic and knew right from wrong and could take care of themselves and their families.  He knew he was loved and knew they loved him.

He was a Journeyman Plumber and contractor and was a member of Local Union 412 for 75 years.  He retired from plumbing after an illness.  In 1990 He and Karen sold their house in Albuquerque and moved to a small ranch at LLaves, NM.  He built 2 shops, woodshed, hayshed and pipe corral and fence.  He enjoyed gardening, cutting and selling firewood and making improvements.  He loved and served God at the First Baptist Church in Cuba, NM.  He did everything he wanted to do in life and lived where and how he wanted.

He is preceded in death by his stepdad George Schenn and mother Doris Schenn, and his sister Jean Mc Kinney.  He is survived by his wife of 60 years, Karen Sabrowski and his daughter Julie Mercier and her husband Dan and grandson Kyle and son Donald and his wife Shelly and two grandsons Calvin and Clay.

He will be greatly missed.  A celebration of his life will be held August 15th at 11 am in Cuba at the First Baptist Church.  Memorial donations can be made to the New Mexico Baptist Children Home, P. O. Box 629, Portales, NM 88130

To order memorial trees or send flowers to the family in memory of Edward Clinton Sabrowski, please visit our flower store.