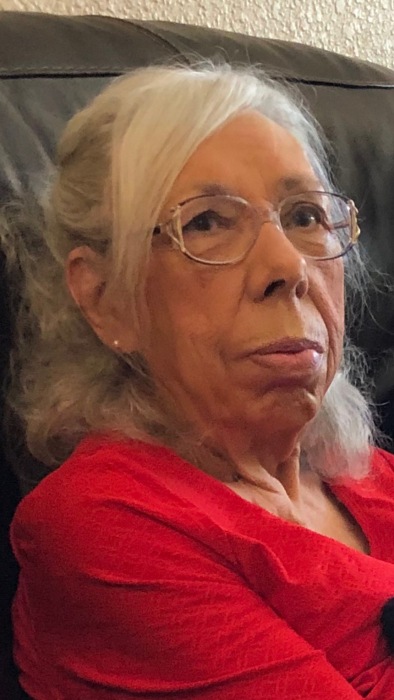 On Monday, October 11th, 2021, Elizabeth (JordanAyne) Knecht, loving wife, mother, grandmother, and great-grandmother lost her battle with cancer at the age of 78.

Elizabeth (Jordan), was born on June 13th, 1943 in Lexington, Kentucky to Thomas J and Sally Ann Ready. She relocated to New Mexico with her family when her father took a job at the Los Alamos National Laboratory and her mother began working as a Nurse at the Los Alamos Medical Center.  On July 28th, 1962, she married Clinton Knecht and created her family roots.  Together, they raised three sons, Barton, Steven, Thomas, and one daughter, Lorii. in Los Alamos.

Jordan was a familiar face in the community and frequently could be seen working at the family business (Knecht Automotive). In her later years she graduated from the University of New Mexico with a degree in Psychology.  After her and Clint relocated to the Albuquerque area, she had a successful career in real estate.

In her spare time, Jordan spent countless hours devoted to helping others.  While raising her children, she served as President of the Los Alamos Little League, Cub Scout Den Leader, and was on the Mountain Elementary School's PTA.  Later in life, she frequently volunteered to work at voting polls. She cherished any moment she spent with her family, whether it was just sitting in the backyard watching hummingbirds, trips to the zoo, or the busy holiday season. She was happiest when all of her family was together under the same roof.

Jordan was preceded in death by her father Thomas, mother Sally, husband Clinton, and granddaughter Alexis.  She is survived by her sons, Barton (Sharon), Steven (Chrissy), and Thomas (Dyanne), daughter, Lorii (Scott), her grandchildren Stephanie, Nicholas, Samantha, Ayngela, Chance, and Brianna, and her great grandchildren Camryn and Evelyn.

Our family will be hosting an open house on the afternoon of November 20th in Albuquerque to celebrate Jordan's wonderful life. Anyone wishing to attend please email us @ knecht@hubwest.com for the specific times and location.

In lieu of flowers, please send donations to the Breast Cancer Research Foundation.

To order memorial trees or send flowers to the family in memory of Elizabeth JordanAyne Knecht, please visit our flower store.