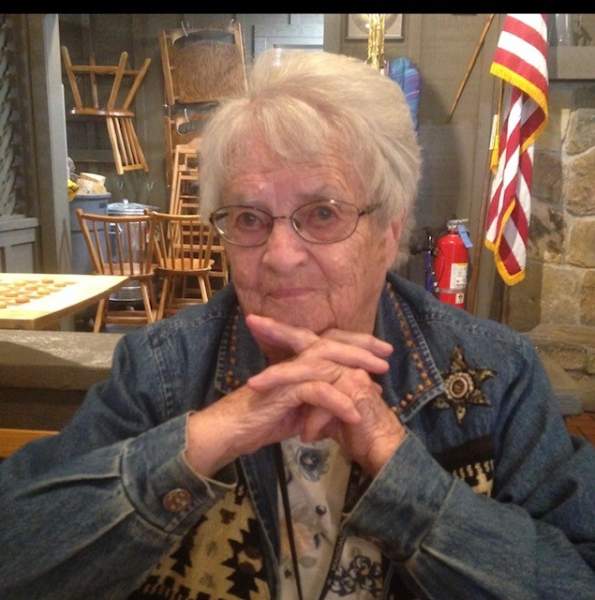 It is with great sadness that on the morning of December 22nd, 2021, Elsie Elizabeth Case passed away peacefully at the age of 92.

Elsie was preceded in death by her beloved parents Howard and Marian Brown, Merritt Ceylon Case husband of 65 years, four sisters and three brothers, as well as her grandson Brett Radway .

Elsie was born at home on the Brown family farm on the Apulia-Jamesville Road in the town of Fabius, NY on May 29th, 1929. She grew up on a dairy farm and worked hard with her family in Apulia Station, NY. Elsie enjoyed traveling and traveled all over the United States. This traveling led her to the small town of Magdalena, New Mexico, where she settled down and built a home with her husband Merritt and opened a small cafe.  She enjoyed visiting and drinking coffee with her customers. She also enjoyed family reunions and baking, especially her famous molasses cookies, as well as crocheting and sewing in her spare time. Elsie loved riding on the back of Merritt’s Harley Davidson motorcycle and rode well into her 80’s.

Elsie will be missed by all.

To order memorial trees or send flowers to the family in memory of Elsie Elizabeth Case, please visit our flower store.