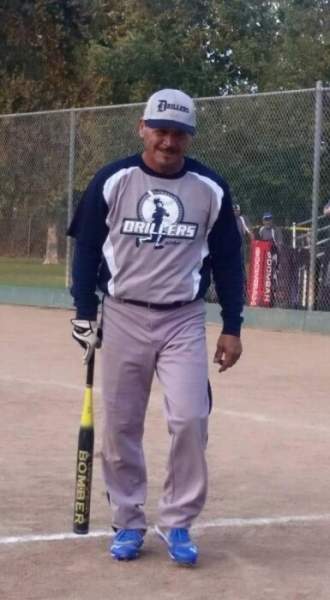 Enrique “JR” Rodriguez, was a man of many talents. He was a beloved husband, father, popo, son, brother, and friend. He was an extraordinary softball player and had a strong love for the game. JR was well known around the softball community. So much so, he would often get invited to play with teams from out of state. He was a great friend to many, and to those he just met.

When he wasn't playing softball, he would participate in the Senior Olympics, running in the 200m dash and 400m. He won many medals, that he was extremely proud of. He loved going to the movies, playing golf, and flag football.

He was born and raised in El Paso, TX. He graduated from Riverside High School, in 1973.

He spent most of his career in Fire Protection and transitioned to maintenance at Desert Premium Group Flagship. He was always there to lend a helping hand to fellow co-workers.

We would like to thank the staff at Rust Medical Center. To Angela, dad would say “you did good Maja”.

A memorial service will be held on Friday, April 15, 2022, at Daniel’s Funeral Home, at 3:00 pm. Reception to follow. Please contact the family for details. A second memorial will be held in El Paso TX. More information will be provided by family at a later date.

“He Only Takes The Best”

God saw you getting tired.

And a cure was not to be.

So He put his arms around you,

And whispered, “come to me”.

With tearful eyes we watched you.

And saw you pass away;

Although we loved you dearly,

We could not make you stay.

God broke our hearts to prove to us,

He only takes the best.

To order memorial trees or send flowers to the family in memory of Enrique Rodriguez Jr., please visit our flower store.