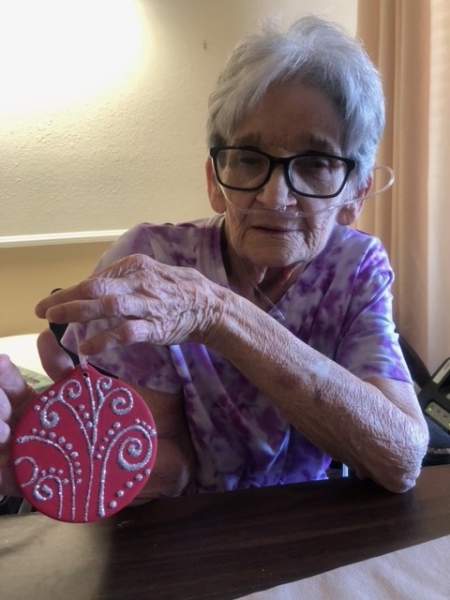 Esther June (Stewart) Weinhold, 79, passed away the night of Sunday, October 17, 2021. June was born to Joseph Walker and Mildred Frances (Blakeman) Stewart on January 27, 1942 in Mechanicsburg, Illinois. At a young age, June and her family moved from Illinois to Shelbina, Missouri. In the early 1960s, following her sister, June relocated to Albuquerque, New Mexico and resided there the rest of her life.

Upon moving to Albuquerque, June began working as a waitress and did so for her entire working career, serving longest at the Albuquerque Grill and Andy’s Restaurant. Her easy-going, kindhearted nature will be remembered by many. In her free time, June loved spending time with family, watching Jeopardy and The Price Is Right, solving crossword puzzles, and attending her Silver Sneakers classes.

June was preceded in death by her parents, her three sisters: Glenda Hammond, Evelyn Crabtree, and Joyce Wiseman, and her ex-husband Charles “Chuck” Weinhold. She is survived by her two children; Kevin Canaday and Leann Wright (Stephen) of Albuquerque, New Mexico---and one granddaughter, Sydney Wright; many nieces and nephews; as well as her beloved dog Penny.

An interment ceremony has been schedule for December 27th, 2021 at 2:00 pm at Sandia Memory Gardens.  In lieu of flowers, please consider donating to the Animal Humane New Mexico or your favorite charity.

To order memorial trees or send flowers to the family in memory of Esther June Weinhold, please visit our flower store.