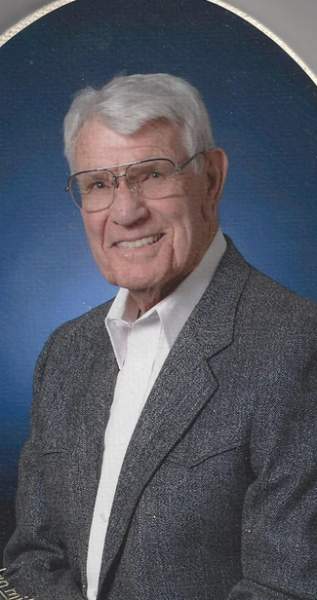 Frank is survived by his daughter, Lisa Leona Springfield, of Boerne, TX . His son, Dan Worth Roberts, of San Antonio, TX. He is also survived by his nephew, J. Cliff Osburg, and wife, Debra, of Midland, TX.

Frank graduated from Jefferson High School in San Antonio, TX in 1942. He enlisted in the United States Army Air Corp during WWII on March 26, 1943 and was honorably discharged on September 22, 1945. He flew in 35 missions as Gunner Airman on B-17 Bombers over Europe.  He received 3 awards, Battle Participation Award, Bronze Star,  and ETO Ribbon. Frank was a salesman for Galles Chevrolet in Albuquerque for over 35 years.

A Memorial Service will be held at St. John Methodist Church on May 10, 2022 at 10:00 am. Rev Steven Roberts will officiate. An Interment Ceremony to follow with USAF Honor Guard at Santa Fe National Cemetery at 2:15pm.

In lieu of flowers, donations may be given in Frank's honor to your favorite charity .

To order memorial trees or send flowers to the family in memory of Frank Worth Roberts Jr., please visit our flower store.