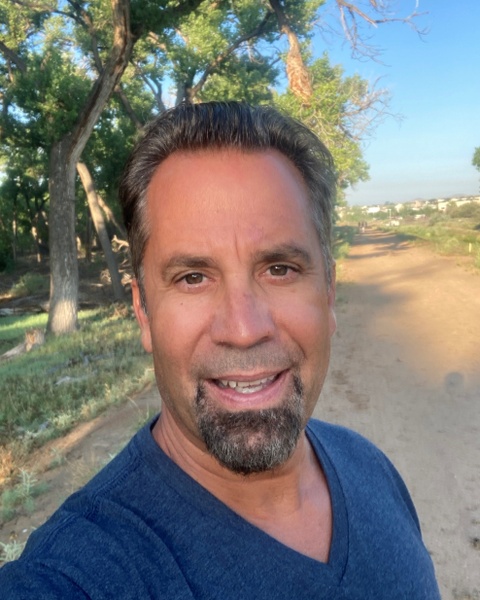 On Monday, October 3rd, 2022, Gary Lee DeSanctis passed away at the age of 51, in Rio Rancho, New Mexico. Gary was born in Seattle, Washington, on March 27, 1971. He was raised in Brier, Washington by parents Ted and Linda, with brothers Tony and Dennis. He graduated from Mount Lake Terrace High School in 1989 where he was Homecoming King and school cross-country course record holder. Gary attended Central Washington University, from which he graduated with a degree in Sociology in 1995.

After college Gary pursued a life of service. He began in California where he worked for Christian Youth Ministry Organizations, beginning at Camfel productions and eventually Hillview Acres, where he worked as a youth counselor. There Gary met his future wife, Lisa Michelle Foley. During their three-year courtship, Gary joined the Army National Guard, and he served proudly as an Army Chaplain.

Gary and Lisa were married in Snohomish, WA, October 7th, 2001. Gary soon completed a Teaching Certificate at the University of Washington and then pursued a master's in educational leadership at City University in Seattle.  Gary and Lisa moved to Poulsbo, Washington where he took his first teaching position. Their three children, Gabriel, Lilly, and Lulu quickly followed.

In the following years, Gary’s teaching and Principal career took them through Lewiston, Idaho and Springer, New Mexico and eventually led them to Rio Rancho, New Mexico, where they settled down and made their life.

Gary loved Jesus, his family, adventure, and truth. He pursued all these with a passion that inspired all he met. Gary wrote poetry and read philosophy. He loved running and hiking, camping and road trips with his family. He loved jokes. He instilled in his children a love of the Lord, a confidence to pursue their own passions, and enough love for a lifetime.

He is missed beyond understanding and will be loved and remembered always.