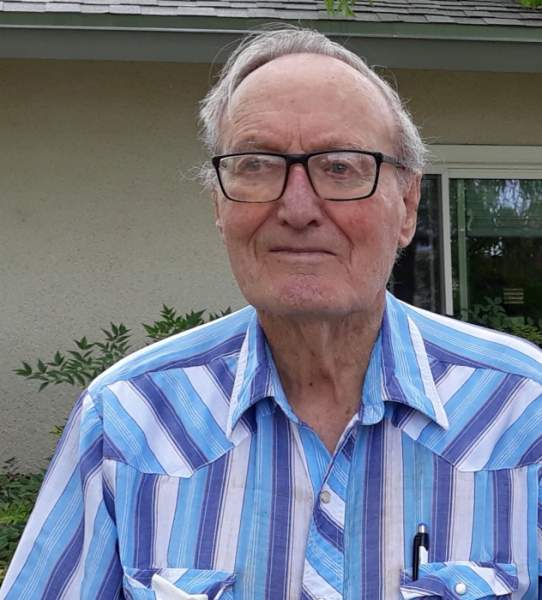 Gene H. Kamerzell went home to heaven on Friday, January 28, 2022, at the age of 88.  Gene grew up on the plains of eastern Wyoming.  He attended Huntley High School where he was a stand-out athlete, once scoring 7 touchdowns in football game and winning first place in the pole vault and long jump at the Wyoming State Track Championship.  Gene joined the Army in 1953 and after his service attended the University of Wyoming where he received a degree in range management.  He met Mona Lee Brown in 1957 and they were married on January 31, 1958.  Gene joined the Soil Conservation Service upon graduation and was posted in Artesia, NM.  After that he accepted several assignments in New Mexico, finally ending in Estancia, NM, where he lived and worked until his retirement in 1989.  Gene loved to garden and friends and family were often treated to plump, red tomatoes and fiery hot salsa.  Gene also loved card games, playing pool and poker – he was tough to beat!  He and Mona spent their retirement wintering in Tucson, AZ where they made many lasting friendships.  He competed in the Senior Olympics and won gold medals in target shooting and bridge.  Gene leaves behind his wife Mona, of 64 years; his beloved children, Stacy and her husband Jason, Sue and her partner Robert, Jason and his wife Rebecca; his cherished grandchildren, Jacob, Justin and his wife Shandra, Desiree and her partner Nelson; his three beautiful great-grandchildren, Mia Noelle, Logan Adan, and Arya Rogue; his beloved sister, Delores and numerous nieces and nephews.

To order memorial trees or send flowers to the family in memory of Gene H. Kamerzell, please visit our flower store.