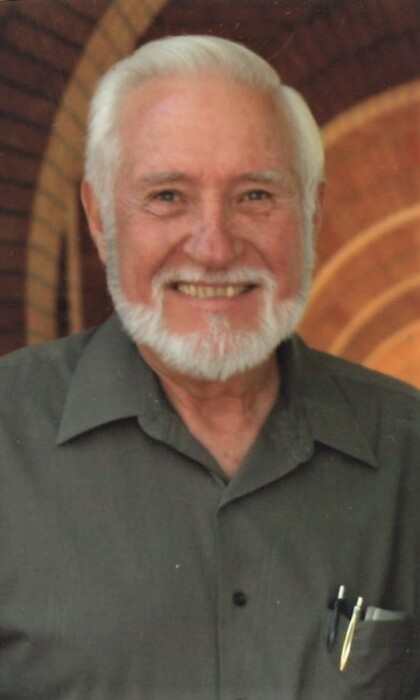 George is survived by his wife Norma Jean and five children Valerie, Cathy, Bridget, Steven, and Tom along with 10 grandchildren Tiana, Gaby, Kata, Ryan, Jordan, Lhadze, Dechen, Skailar, Cailiosa, and Michael. His brother Frank D. Bosiljevac and his wife Jan along with their children Daniel Bosiljevac and wife Peggy and Jo Lyn Siaton and her husband Warren. George was preceded by his sister Mary Lou and nephew David Bosiljevac.

George, the oldest of three siblings, was born in Omaha, Nebraska on Dec. 11, 1934 to Ester B. Moore and George J. Bosiljevac. He was raised in the "projects" of south Omaha where he met his wife of 65 years, Norma Jean, in the fourth grade and started dating in the eighth grade.  George's mom was able to talk to a priest who sponsored and enrolled him into Creighton Prep for his high school years. During high school, George played football as a fullback and soccer as the goalie while working part-time in the stock and packing yards of Omaha. After graduating from Creighton Prep in 1953, he joined the United States Marine Corp Reserves and attended college at Creighton part-time.

In 1956, George and Jean were married in Omaha and headed to New Mexico for their honeymoon to visit his aunt and uncle. While in Albuquerque, he stopped by UNM to take a tour of the campus.  UNM had been sending graduates to Creighton to go into dentistry and were so impressed to have a Creighton Prep graduate that they offered to transfer several of his credits if he attended UNM.

In the spring of 1957, George started his studies at UNM in electrical engineering, but changed his degree program to civil engineering in 1958, after several close calls related to electrocuting himself.  He said he had to see something to understand it. During his undergraduate studies, he worked at W&W Steel at night running a rebar steel crew. George earned his BS in Civil Engineering in 1960. He then persuaded his brother Frank into completing his BS in Civil Engineering at UNM as well.  Both George and Frank then completed their graduate studies together in structural engineering in 1966.  Currently, the family now has 18 higher education degrees with 15 of those degrees being earned at UNM and of those 9 are in Civil Engineering. There are 5 civil engineers in the family George, Frank, Steve, Tom and Jo Lyn (NMSU).

George started his structural engineering career in 1961 with Burnette Engineering and then moved on in 1963 with the architectural firm of Flatow, Moore, Bryan and Fairburn (FMBF) while attending UNM as a graduate student., At FMBF he designed several post-tensioned pan joist buildings at UNM including Farris Engineering.  He also designed West Mesa High School and the Centrifuge at SNL. After receiving his Master’s, he accepted a job offer with Atlas Prestressing in Virginia and served as their East Coast Representative overseeing large post-tensioned concrete projects – most notably the famed Watergate Facility in Washington, D.C. and then as the Director of Operations heading up the west coast operations in 1970.

In 1976, George founded Harwood Engineering, Inc. (HEI) in Albuquerque, NM specializing in the design of post-tensioned systems.   Harwood Engineering, Inc. eventually became a dominant force in the installation of reinforcing steel and post-tension materials in the Southwest and California.  In order to better serve the Southwest area and Albuquerque in particular, he partnered with Eddie Aragon to form the construction company Post-tentioning Reinforcing Services (PRS) in 1988, specializing in the installation of and post-tensioning and reinforcing steel.  Harwood Engineering, Inc. at this time was primarily focused on residential post-tension foundation design and construction in New Mexico, California, and the Navajo Nation. In 1977, he also partnered with Al Bubion in a prestress and rebar fabrication business called Reinforcing Post-tensioning Services (RPS).

In 1985, George started Structural Services, Inc. (SSI) for the sole purpose of erecting structural steel and pre-cast concrete in the Southwestern United States.  Many of the high-rise buildings throughout Albuquerque have had their steel frames and pre-cast concrete erected by SSI.  SSI has developed an excellent working relationship with numerous Albuquerque and National Contractors, such as Albuquerque Contractors, Jaynes Construction, Bradbury Stamm Construction, Gerald Martin and National contractors PCL, Mortenson, Hensel Phelps, and Oakland Construction.

US Federal Courthouse in Albuquerque and El Paso

George has been extremely generous with his time, equipment and finances in support of local and state community and educational programs.  He was an active member of the Associated General Contractors, Steel Erectors Association of America, and Society of Military Engineers. Additionally, he served as a Trustee for the Intermountain Ironworkers Union, sponsored the Structural Engineering Association of New Mexico (SEANM) annual meetings and was very active in the ironworkers’ apprentice school.

George has also been a supportive force beyond the realm of engineering and construction. He sponsored several youth sports programs including YAFL, Menaul School, and the Academy along with supporting St. Therese and other churches. He also supported Bijay Rajbhandary with his MS in Civil Engineering at UNM and who now has the largest and most respected engineering and construction firm (Bijay’s CE Construction) in Nepal. Then there are those who he served as a mentor to in their entrepreneurship endeavor in starting a business.

When he was able to, George enjoyed Skiing and traveling throughout the US and the world.  He introduced his family to skiing in 1972 and for many years had a family season pass to Sandia Peak Ski Area. In 1985, he took his two sons to Yugoslavia, Italy and Austria to ski and then he met his great uncle’s family in present day Croatia. He also visited his son Steven in both Nepal and El Salvador while Steven was serving in the Peace Corps. Other destinations included England, Ireland and a return visit to Croatia in 2009 with Cathy, Bridget and Tom and four grandchildren as part of a Croatian Tour.

George enjoyed visiting with people and giving his time to help those around him.  He also enjoyed his daily run or walk and was still walking/running at age 86. He also was an avid investor and enjoyed reading financial related publications. A special interest he shared with his wife was having an ice cream cone and taking a drive. They also enjoyed going to visit family and loved ones who had passed on at cemeteries around Nebraska and Iowa. Everyone that knew George also remembered how grateful he was for the smallest of things and this carried on up to his passing. He will be remembered for his beautiful and kindly smile. George was a remarkable man, who was willing to take risks to make something of himself and benefit his family As with all who lived a long life, this only serves as a partial summary of his life endeavors and his family welcomes others to share their thoughts, experience or photos with him through the Tribute Wall located in the obituary posted at Daniels Family Funeral Services website https://www.danielsfuneral.com/listings.

Donation Information: In lieu of flowers, the family asks those individuals to support a charity, fund or specific person to meet an educational need or plant a tree in his memory. Education was important to George.

To order memorial trees or send flowers to the family in memory of George S Bosiljevac, please visit our flower store.