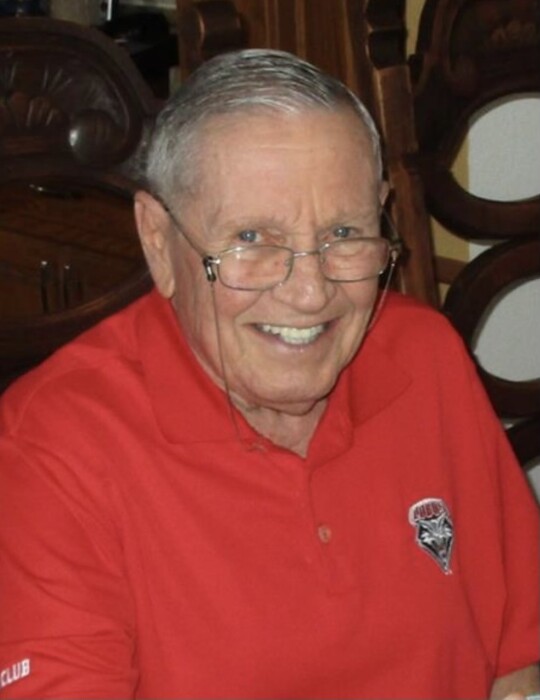 Gordon died Sunday, April 10th after a long battle with COPD. Towards the end, he would often say, “If I could trade places with a young smoker for just 10 minutes, they would never smoke again”.

Gordon was born in El Paso, Texas on January 25th, 1939 to Gordon M. Gunn Jr. and Barbara Gunn. When his mother saw him for the first time, she proclaimed, “Look at his adorable button nose!” His nickname, “Button”, stuck with him for the rest of his life. He was a very inquisitive and intelligent child that loved airplanes, building models and scouting.

His father took a job in Albuquerque where Gordon would spend his formative years graduating from Highland High in 1956. He went on to attend the University of New Mexico. He was very popular and outgoing, developing lifelong friendships.  During this period, Gordon also developed a fascination for hot rods and all things fast. He became an expert mechanic as a result.

During his professional life, Gordon was always guided by his entrepreneurial spirit. He was once described as a man, “Ten years ahead of his time”. His visionary thinking, lead him to be one of the founders of Ticketmaster. His professional journey also had stops at IBM, Unicopy and Wang Laboratories. It was during this time that Gordon fulfilled a lifelong dream of becoming a pilot and owning an aircraft. He dabbled in raising venture capital for start-ups and found he had a unique talent for doing so. He finished out his career in the fields of business, finance and investing.  He once described himself as a, “Jack of all trades and a master of some”. He had a tremendous sense of humor. His love of knowledge and self-improvement was a constant in his life. He continued his education, pursuing several degrees.

His life’s journey took him from coast to coast, but Albuquerque was always calling him back. He loved Albuquerque. Besides his family and friends, he LOVED the Lobos. He was extremely active in the community. He founded, Silver Racquets and taught seniors how to play tennis and pickle ball.  He was registered with the US Tennis Association as an instructor. He never missed Boys and Girls Night Out, (BAGNO), with lifelong friends. Getting together with friends, meant the world to him.

Despite all his accomplishments, he did have regrets. He was always open about his frustration with not being able to achieve marital tranquility. Happiness eluded him and he accepted that he was mostly to blame. This caused strained, and in some cases, the loss of, relationships with some of his children. He said this was his greatest regret. In a twist of fate, his return to Albuquerque also rekindled a relationship with his college sweetheart, Jeannie Hines (Jontz). He was married to Jeannie for 25 years and said, “I think I got it right this time”.

To order memorial trees or send flowers to the family in memory of Gordon McKay Gunn III, please visit our flower store.