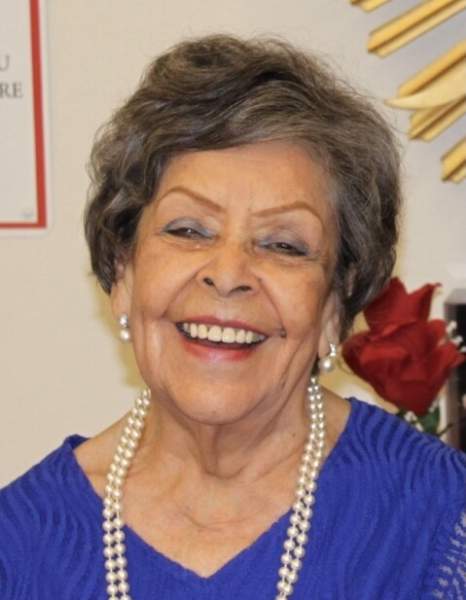 Helen J. Garcia began her journey to her heavenly home on Friday, November 26, 2021 at the age of 93. She will now be reunited with her husband Oscar, and many of her family members.

Helen was born in Albuquerque on August 10, 1928 to Efren Baca and Amalia Baca. She grew up in the downtown area of Albuquerque along with her two brothers Charlie Baca and Joe Baca. Helen then met the love of her life, Oscar, and they married on July 19, 1950 and settled into their North Valley home. They began their family three years later and brought them up in the newly built church of Our Lady of Guadalupe. She and Oscar were deeply devoted to their family and to their Catholic faith.

Helen enjoyed cooking, baking, crocheting, dancing, being with family, and playing cards with their good friends Pepe and Candie Chavez. As the years passed and her health slowly began to decline, Oscar was there to take care of her until he passed away in May 2016. When he died, a big part of the spark in her life died with him. But she remained steadfast in her trust in God.

She was preceded in death by her husband Oscar, parents Efren Baca and Amalia Baca, brothers Charlie and Joe Baca, and grandson-in-law Gabe Roche.

A Visitation will take place on Thursday, December 9, 2021 at 9:00 a.m. at Our Lady of Guadalupe Church. The Rosary will be recited at 9:30 a.m. followed by the Mass of the Resurrection at 10:00 a.m. Our Lady of Guadalupe Catholic Church is located at 1860 Griegos Rd. NW. Interment will follow at Mount Calvary Cemetery.

To order memorial trees or send flowers to the family in memory of Helen J. Garcia, please visit our flower store.