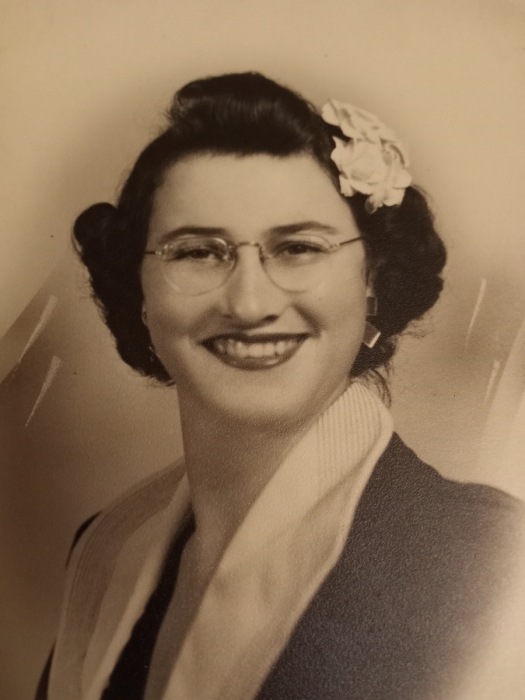 Irene Wesley was born in Baton Rouge, Louisiana on January 3, 1925. She attended Baton Rouge Public Schools, graduating from Istrouma High School, the year before twelfth grade was added. As a young adult, she worked for Dr. Baldridge, a Baton Rouge dentist.

During World War II, she and her mother wrote to service men. Irene started writing to Warren Wesley and he wrote she might as well write to two Wesley brothers so she began writing to James Edmon Wayne Wesley whom she married February 1, 1946 in Portsmouth, Virginia, four weeks after he made stateside.

Their first daughter, Cheryl, was born while Wayne was in Puerto Rico. Irene traveled there when Cheryl was three months old. Second daughter, Linda, was born in Quantico, Virginia and their third daughter, Robin, was born in Camp Pendleton, California. In 1959, Wayne received orders to the 8th Naval Fleet at Kirtland Air Force Base. This move brought Irene to Albuquerque, to the home she resided in until her Homegoing.

Proceeding her death are her husband, Wayne, her parents, two sisters, a brother, and former son-in-law, Harlan Marsh.

To order memorial trees or send flowers to the family in memory of Irene Wesley, please visit our flower store.