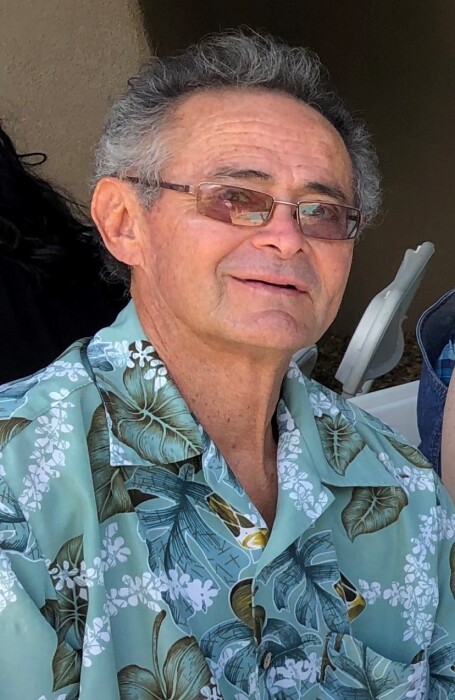 Jaime Gerardo Sanchez died unexpectedly at home in Albuquerque, New Mexico on Saturday, November 27th, 2021 at the age of 68.

Jaime was born to Josephine Valerio and Luis Sanchez in Pueblo, Colorado on February 21st, 1953. He attended Valley High School in Albuquerque, NM and graduated in 1971. After that Jaime attended University of New Mexico in Albuquerque for some time. He married Pennie Carrasco in Albuquerque, NM on May 29th, 1976, they were married for over 45 years and had 3 children. Jaime was also a member of the Postal Service.

Billy Graham once said, “The Bible says that as long as we are here on earth, we are strangers in a foreign land. There are enemies to be conquered before we return home. This world is not our home; our citizenship is in heaven.”

It wouldn’t be far from the truth to say that this earth was a “foreign land” for Jaime. Of all the places he visited, the countless friends he made, the variety of jobs he had, it was evident that he was truly, only at peace and at his best when he was sharing God’s word, teaching a Bible study, witnessing to those God sent to him, testifying of many personal miracles, praying for anyone in need and singing, writing songs, and making music to his Lord.

Jaime’s 68 years on this earth was not long enough to do what he had always hoped he would do, but he’s in heaven now with “mama” Josie and we’re sure heaven is not the same.

There will be an Open Visitation held at Daniels Family Funeral Services – Sara Chapel in Rio Rancho on Saturday, December 18th, 2021 beginning at 12:00PM, the Memorial Service will begin at 1:00PM, also at Sara Chapel. A Reception will follow at Hyatt Regency of Albuquerque.

To order memorial trees or send flowers to the family in memory of Jaime Gerardo Sanchez, please visit our flower store.