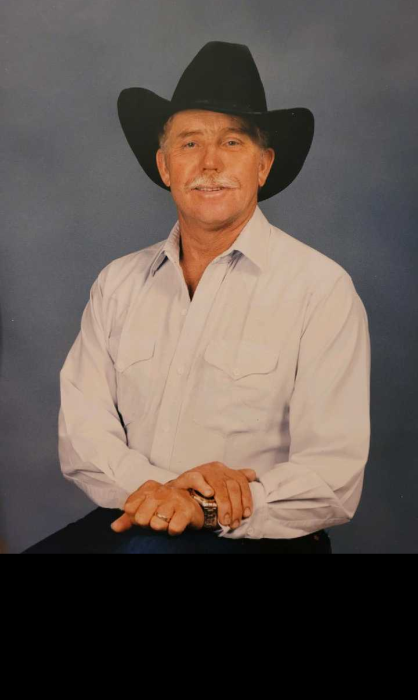 James Lee Guin passed away peaceful in his home on January 24, 2022 in Magdalena, NM.

James was born April 22, 1947 in Socorro, NM to Lawrence and Wreathal Fay Guin.

James was raised in Datil, NM where his family built their homestead. He was the youngest of four siblings. James graduated from Magdalena High School and spent his adult life living between the ranch in Datil and his home in Magdalena.

James served in the U.S. Army. When he was home from leave, an incident happened where he became severely burned at his brother’s gas station. He spent many months healing in a hospital with lifelong lasting effects.

He married Mayra Pearl Brunner in June of 1971 and they raised two children; Shane Dean Guin and April Lee Anderson. James and Mayra divorced in 1982.

James remarried to Annemarie Clark in June of 2010 after dating her since January of 1997. Together they raised Annemarie’s children; Micah Bachechi, Meghan Clark, and Seth Russell.

James had a deep love for his wife, children, grandchildren, friends, and family. His greatest legacy is caring on his horsemanship through his children and grandchildren. His most admirable quality was his patience. He had the patience to teach and guide others without judgement. His conversations were real, deep, and he gave you his full attention.

James had a passion for riding horses, especially those with a little spunk. He spent many of hours horse back. Tending to his cows on the ranch was his escape from the world. He cared deeply about his ranch and went to great extents to keep it up.

James loved to dance. He spent many moments boogying on the dance floor to old school rock and roll, smoothly two-stepping, and spinning to a good polka. If “Silver Wings” by Merle Haggard is playing, he is dancing. In his younger years, he played a little guitar and jam sessions were a regular thing among friends.

There are several memorable things about James that most people remember and that is him having a parrot named Pete, wolves, emus, and a llama. These were unique animals that James loved and care deeply for.

As a believer in Christ, James persevered through many incidents and health problems. Staying strong in his faith through it all is his testimony. He will be truly missed. There is comfort in knowing God’s loving arms are holding him and he is pain free!

James was preceded in death by his parents, Lawrence and Wreathal Fay and siblings Ed, Gracie, and Ambers.

Special thanks to James’s nieces Donna McCormick and Sandi Mayer for their dedication in supporting him during his most difficult times over the last few years.

To order memorial trees or send flowers to the family in memory of James Lee Guin, please visit our flower store.