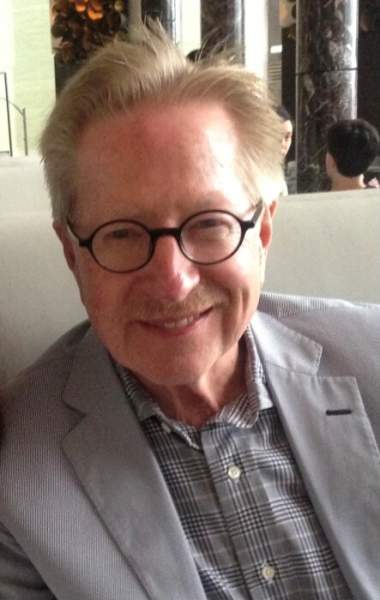 James L. Lowry, M.D., died on August 26, 2021, from complications of a car accident in June. He was born in Memphis, Tennessee, on October 22, 1943, the second child of James L. Lowry, Sr., and Margaret Harrison Lowry. He attended White Station High School, where he excelled in academics but not football. ("Red," he said his coach told him, "You're small but you're slow." He became an exceptional athlete in a number of other sports, and the nickname "Red" didn't stick.) He went to Wheaton College in Illinois, where once again he excelled academically and decided to become a physician. He enrolled in Baylor College of Medicine in Houston, Texas, where he graduated with honors in 1969. He completed a residency at Duke University Medical School in Durham. After his residency, Jim completed a fellowship in neuroradiology at Vanderbilt. In 1976, he moved to Albuquerque, where he began a long and distinguished career at X-Ray Associates. Jim became one of the best and most prominent neuroradiologists in New Mexico - doctors from around the state would ask him to read their own images or those of their family members. He served as the President of X-Ray Associates and President of the St. Joseph's medical staff, and he was inducted into the American College of Radiology as a fellow in 1999. Away from work, he burned off some of his tremendous energy with racquetball, squash, skiing, windsurfing and ultimately golf. After a divorce, Jim met Angelique Cook, D.O.M., a neighbor in Los Caballeros in the North Valley. Angelique and Jim married in a Shakespeare-themed wedding in 2002. They traveled the world together, usually with groups of friends, and supported and befriended numerous New Mexico artists and musicians. Jim served on the boards of the Albuquerque Museum Foundation, where he was on the Acquisitions Committee, Opera Southwest, and the Santa Fe Opera. As part of the Museum's renovation, Jim and Angelique sponsored a gallery now known as the Angelique + Jim Lowry Gallery for Works on Paper. Although Jim's athletic abilities waned over the years as a result of heart problems, his intellectual interests and energy were nearly boundless. He designed a beautiful garden at his and Angelique's home in Corrales, which features sculpture from artists from New Mexico and around the world. Before his car accident, and in addition to his board service, Jim had been taking French classes and attending Chatter performances, and he had just returned from a bird-watching trip in Alaska. He was a brilliant, wise, and inspirational doctor, board member, friend, husband, father, and grandfather. His many friends and family members will miss him. Jim is survived by his wife, Angelique, his sister, Peggy (Johnny), his nephew, Stephen, his niece, Stephanie, his four children, Jeff (Kristin), Amy, Anne (Kyle), and Vince, and his ten grandchildren: Maddy, Kylee, Saili, Jack, Carter, Logan, Spencer, Jolie, Conner, and Clara. A private memorial service is planned. In lieu of flowers, please make a donation to Opera Southwest, Chatter, the Albuquerque Museum Foundation, or the Santa Fe Opera.

To order memorial trees or send flowers to the family in memory of James L. Lowry, MD., please visit our flower store.