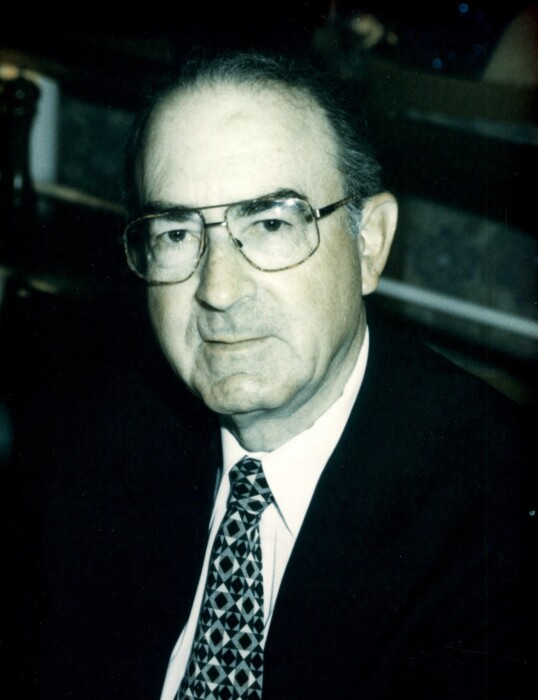 Jasper ‘Don’ Ortiz, of Rio Rancho, NM, passed away September 26 at home with his loving family beside him.  He died just shy of his 90th birthday.  Don was a husband, father, grandfather and brother.  He was also a businessman, a lifelong student of Spanish history, culture and language, and passionate about golf, music and crossword puzzles.  Don was always eager to share his deep knowledge with anyone who would listen to one of his many stories of his life, adventures, and the history of our family.

Don was born November 15, 1931, in Rio Arriba County NM to Rodolfo Ortiz Archuleta and Maria Amada Martinez Garcia. He spoke fondly of his years growing up in the Dulce and Farmington areas of NM, along with his 7 brothers and sisters and many cousins. There he worked the ranch and helped with the family general store.  This part of NM with its unique people and culture, along with his extended family, were never far from his heart regardless of where his full life took him.

After graduating from Highland High School, Don proudly spent 4 years in the Air Force in service to his country during the Korean War.   Afterwards, Don graduated from the University of New Mexico and later earned a Masters degree in International Business from Thunderbird School of Global Management.

It was during this time that Don met and married his wife of 65 years, Norena Ortiz (nee Sanchez) of Dixon, NM, who, along with being his companion in life, nursed him tirelessly through his final months.

Don’s lifelong career in Reinsurance took him and his family to many places throughout their lives, including Kansas City, Phoenix, Miami, Puerto Rico, and later back to Kansas City, where he and Norena spent much of their lives before retirement.  Along the way they proudly raised daughters Sandra Ortiz and Linda Ortiz, and son John Ortiz, who were all with him when he passed.

Don’s work required him to travel extensively throughout South and Central America, visiting every country at least once.  He would return home with stories of the people he met, and the music and languages of the cultures he experienced.  A lifelong golfer, Don always found time for his passion and played whenever and wherever he had the chance, including competing in amateur tournaments, where he took home more than his share of trophies.

After retiring, Don and Norena returned to New Mexico, which had never been far from his heart.  They spent the last 25 years living in Rio Rancho, which was their base as he and Norena were able to travel around the country and overseas, including a couple of visits to Spain.  He always enjoyed spending time with his many friends, brothers, sisters, in-laws, and of course found time to play a round of golf.  A true Son of New Mexico, Don was so proud of our unique culture, people, and language.  He never hesitated to play the part of family historian, and was very proud of the role his family played in the history of the Land of Enchantment.

Don was preceded in death by his parents Rodolfo Ortiz Archuleta and Maria Amada Martinez Garcia, brother Felix Ortiz, and sisters Magdalena Teresa Braden and Ruby Seward. He is survived by wife Norena, daughters Sandra and Linda, son John and his partner Angela, brothers Art Ortiz and his wife Mabel, Rudy Ortiz and his wife Greer, Duane Ortiz, sister Sheila Kepley, grandson Lucas Moreno, granddaughter Dante Alysandra Moreno, Felix’s widow, Viola, and the many members of the Sanchez family who have been such an integral part of his life.

Catholic services will be held at St. Thomas Aquinas church on November 8.  Don will later be interred at the National Cemetery in Santa Fe, NM.

To order memorial trees or send flowers to the family in memory of Jasper Don Ortiz, please visit our flower store.