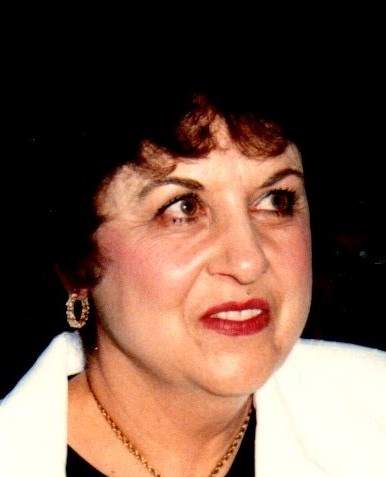 Jeanette Atencio was born on October 9, 1934 to Leo and Evelyn (Darr) Salome; and went to be with our Lord on April 20, 2022.  As the oldest of 3 children, she took charge when it came to her younger siblings.  At the passing of her mother, she became the matriarch of the Salome Family.  Jeanette truly believed it was better to give than to receive.  Jeanette valued family beyond measure and was truly happiest when she was doing for her family.  During her youth she lived in Socorro, Magdalena and briefly in Mexico City - those memories later became fabulous life-stories for her family.  Jeanette can best be described as "quite a gal"!  She was blunt and funny, and it is safe to say, one never knew what to expect next from her.  Not many of us can say that we did a job for nearly 70 years and loved every day of it, but that was Jeanette at her dress shop, Jessie's.  She also had a deep love for the Socorro area, and believed it to be the best place in the world to live.  If you see a Socorro High School Jacket in town or glitter writing on a Christmas package, you can think of Nan and rest assured that it came from Jessie’s.  She spent her days (with Sally, Margie and Mary) and her customers who were more than that to her - they were her good friends.  Special thanks to those friends for checking on her frequently during her illness.  Jeanette met her soul mate and loving husband, Sam, while they were in high school and they would spend the next 64 years together before Sam's death.  Jeanette never was the same after Sam's passing but enjoyed her remaining 6 years  living with her sister, JoAnn and husband Nick, truly enriching their families lives.  During her 87 years of life her most important mission was taking care of those she loved the most, her family.  She found great pride in the two boys she raised, Pat (Melissa) and Anton (Moniqua), and loved them all deeply.  Later, adding to a fulfilled life were Jonique, Mia, Rylee and Leo who all referred to her as “Nannie".  She was involved with each of them daily, loving the time they shared together.  Jeanette was preceded in death by her parents, brother George (Helen) and husband, Sam.  She is survived by her two boys Pat (Melissa) and Anton (Moniqua), her sister, JoAnn (Nick), sister-in-law Helen,  her niece  Jonique, granddaughters Mia and Rylee, and great nephew Leo.  She remained close to her beloved cousins (Camilla, Jill, Eddie, Cookie, Bernice, Rita, Jude and Luise) talking to many of them on a daily basis.  Jeanette filled the lives of many, so the hole she leaves in our hearts is huge.

To order memorial trees or send flowers to the family in memory of Jeanette Salome Atencio, please visit our flower store.