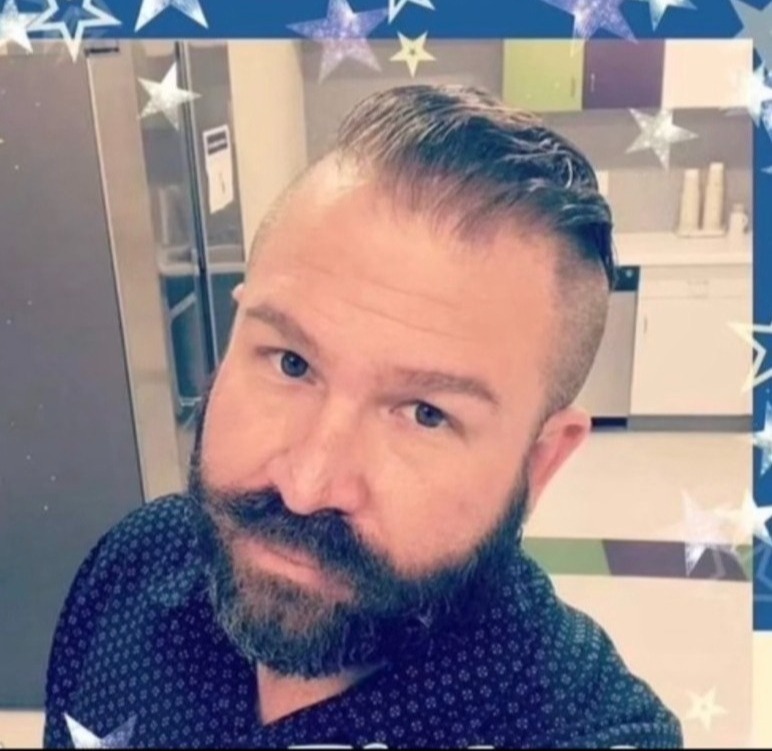 We are saddened to announce the passing of Jerry Adam Galindro. Jerry passed away on June 7, 2022 in Long Beach, California at the age of 44.

Jerry Adam Galindro was born March 15, 1978. He was the perfect first child; calm, loving, and kind. Jerry was the first of six grandchildren in the Cnare family. Jerry was a true and faithful Cub and Boy Scout in Troop 444. He attended Eldorado High School and graduated in 1996. Jerry was the Assistant Speech and Debate coach, traveling with the team to the National Speech and Debate Associations National Tournament. Jerry was gifted with a beautiful singing voice and participated in Show and Swing Choir all four years of HS. The Show Choir won Showfest 3 out of 4 years and traveled to Disneyland to perform each year.

Jerry was loved by many and remembered for his effervescent personality, always smiling with a pep in his step.  Jerry started his work career in Albuquerque at AOL, then to DELL, selling computer systems to corporations. He later took a job at a payroll company which led to a management position at a payroll company in California. He was ecstatic and would never call Albuquerque his home again. He loved people, karaoke, board games, the ocean and Disneyland. Jerry died from a lingering pneumonia from having COVID in January 2022.

To order memorial trees or send flowers to the family in memory of Jerry Adam Galindro, please visit our flower store.