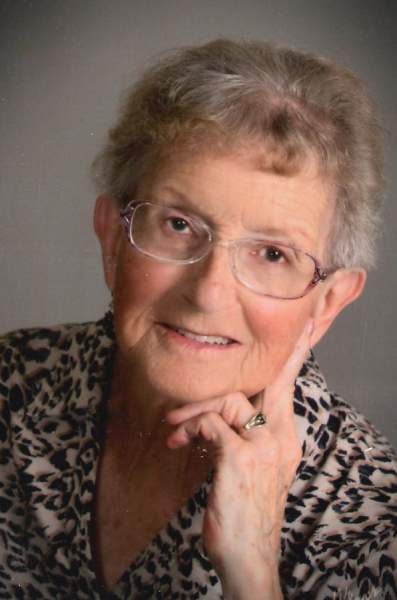 From the first union, three children were born Connie, Dillman, and David. Joan was loved by the neighborhood kids, they thought she was pretty “cool” for a mother. There would be big bonfires in the ditches near our best neighbors the Noethe’s, Marcella, Ed, Mary Ellen, Nancy, Eddie, and Rose Marie. We would roast hot dogs, marshmallows and treats like smores. Joan and Marcella were also in charge of a couple chicken massacres. Joan was not a farm girl, but she tried her best. She cooked many rabbits, squirrels and pheasant. Joan would bake every Saturday making the best bread and cinnamon rolls.

Joan moved to Albuquerque, New Mexico in the spring of 1969. She started her new life working at Soft Water in Albuquerque. It was there she meant “Lee” Stirman Rivers, who would become her second husband and the real love of her life. Joan was welcomed into Lee’s family and fell in love with his sisters, especially Vickey and her husband Marvin, and nieces, Janis, Mildred, Laura Sue, and Debbie.

Joan and Lee had a family silver and turquoise business in El Paso, Texas. For many years in the mid-70s Joan “strung” many necklaces and set many stones in our ring line.

After El Paso they moved back to Clovis and resided there until Lee’s death of cancer on November 20th, 2001. They had married in Mexico on February 16th, 1972. They loved country music and dancing.

Joan then lived with David and Janis Benton in Rio Rancho for a short time. Dillman Benton moved Joan to Connie and Bill Sharps home in 2002 where she lived and enjoyed being back in Iowa with many old and new friends! Joan traveled many places over the next 20 years including Mexico, Hawaii, Alaska, and the Caribbean. She especially enjoyed attending church, 1st Presbyterian Church of Grimes, Iowa, and the many friends she had there.

Joan joined her son Dillman in Rio Rancho in the fall of 2018. It was getting harder for her to get around and needed assistance. She was greeted into her new family by Maria Delgado, Dillman’s wife, Omega, Maria’s daughter, and Omega’s daughter, Savannah.

Joan always enjoyed having company, Waldron family reunions, and as much of her sweet tooth as she could get away with.

Joan went into hospice care at her son Dillman’s home on April 1st. Joan passed in her sleep. She had fallen into the shower on Sunday night, June 5th, and was on the mend, but in too weak of condition to recover.

She will be greatly missed by her loving friends and family. Joan was always young at heart.

During her lifetime, Joan has always been an active member in the Presbyterian Church, especially during her time in Grimes and Westside, Iowa, where she participated as a Sunday School teacher.

A Celebration of Life will be held on Monday, July 11, 2022, at 11:00 am at 1st Presbyterian Church in Grimes, Iowa. Pastor Carl Lee will be officiating. Ushers: Great-grandson Hunter Bell and Great-grandson Ian Sharp. Organist Colene Townsend will perform "The Old Rugged Cross" Hymn 484, "Amazing Grace" Hymn 502, and "The Wind Beneath My Wings"(insert). The Order of Service will be as follows: Welcome, Opening Hymn - The Old Rugged Cross Hymn #484, Prayer, Reading of the Obituary, Sharing of Memories, Amazing Grace Hymn #502, Scripture, Meditation, Prayer including the Lords' Prayer (debts and debtors), The Wind Beneath My Wings (insert), Benediction.

Lunch following service will be served in the Fellowship Hall.

To order memorial trees or send flowers to the family in memory of Joan Genevieve Rivers, please visit our flower store.