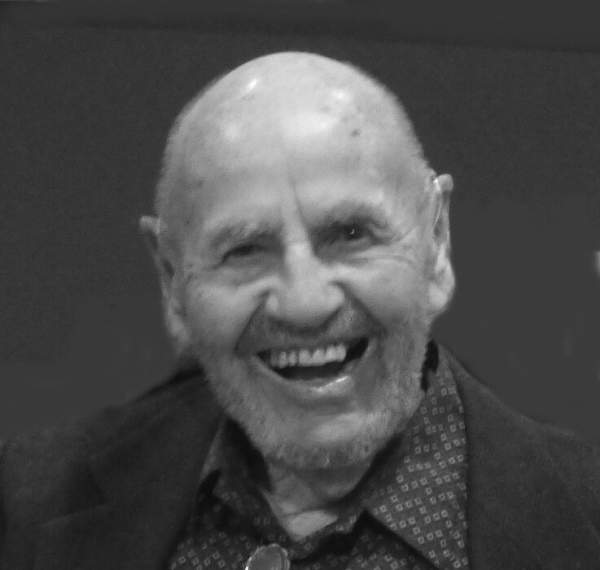 John Bertrand passed peacefully from this life on April 10, 2022, at his home at Country Living in Socorro at the ripe old age of 96.

Back before we knew John, he was born: Idaho Falls, Idaho; February 8, 1926; to Eugene Bertrand and Ellen Burke. He grew up on a farm with 3 sisters. He moved to California and attended the University of California at Berkeley, served in WWII and the Korean War, married Mary Murphy, had a son Brian, had a busy career in public relations, rode his bike, hiked in the Sierras and travelled abroad a couple of times with his family. It seems he was always in motion.

In 1993, John came to New Mexico to volunteer at Bosque del Apache National Wildlife Refuge. He was searching for something to give his retirement years purpose, and he found it in volunteering. So, he stayed. That’s when we met him. We knew him as a truly intrepid volunteer: for the Bosque, for the Alaska Maritime Refuge, for Ghost Ranch, for Cibola National Forest. In fact, he was Volunteer of the Year in 2008 for the National Wildlife Refuge Association and the National Fish and Wildlife Foundation.

We were with him at Water Aerobics, drinking a Shirley Temple at Bodega, walking with his big sticks around the Tech campus and golf course, down on his belly photographing lichen in Water Canyon, humming along with Joan Baez. He loved creating projects for the county fair, attending PAS performances, planning epic adventures for his relatives and godchildren (which always seemed to require our participation), and most of all he enjoyed being with us, his New Mexico friends. Sometimes we thought he was loud, demanding, cantankerous. Sometimes we all are. But always, John was our friend, and we miss him.

There will be no formal service. We suggest you remember him by doing something fun you once did with John. He would like that.

To order memorial trees or send flowers to the family in memory of John James Bertrand, please visit our flower store.