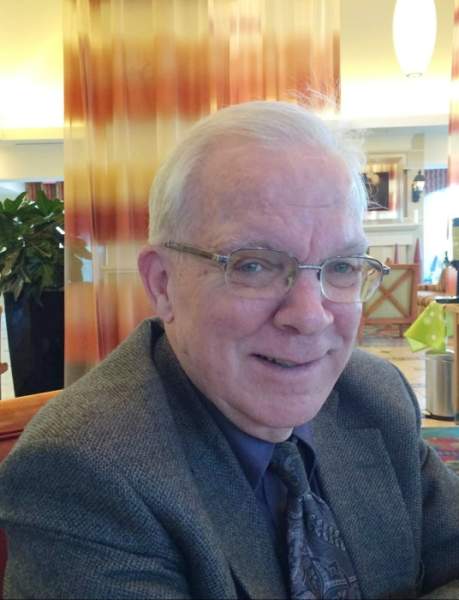 John Craig Hudiburg (Craig) age 73, was called home by his loving Heavenly Father on July 31, 2021. We know of the joy and glorious reunion as he has been reunited with his father, John Gipson Hudiburg and Martha Guylynn Bogard Hudiburg who preceded him in their passing. We are grateful for Our Heavenly Father and His Son Jesus Christ and praise Their names for their loving arms and feeling of peace that enfold us.

Craig was born on Thursday, May 20, 1948 in Amarillo, Texas during a terrific thunderstorm. His mother always said good things happen on Thursday. Craig had a difficult birth and he almost didn’t make it into this world, consequently he would struggle with things of this world. He was the first grandchild and loved so much by his grandparents and great-grandparents. He was a beautiful baby and little boy with a constant smile on his sweet face. He loved cars, he could tell you every make and model of any car he saw, the color red, movies and German Chocolate cake, which never changed throughout his life.

Craig moved with his parents to Santa Fe, NM in 1949 when he was just 1 year old. He was the pride and joy of his mother and father. He attended Kaune Elementary school through fifth grade then he moved again to Albuquerque, NM where he attended Montgomery Elementary school for 6th grade. He attended Mc Kinley Junior High and then Sandia High school until Del Norte High school was built and was the first graduating class there in 1966. He attended Amarillo College where he lived with his grandmother and great-grandmother. They were so grateful for his help and support at this time. Craig also attended Brigham Young University and enjoyed his time there as he participated in various young adult activities and events.

Craig served a two year mission for The Church of Jesus Christ of Latter-Day Saints in the New York Eastern States Mission and was privileged to teach and baptize many into the gospel.

Craig has two beautiful daughters, Marilyn Ann Hudiburg, born August 25, 1980 and Pamela H. Smith born December 17, 1983. He always talked about them and was so proud of them. It always brought a smile to his face when asked about them and enjoyed telling everyone of their accomplishments. Craig has three amazing grandchildren, Tristan Micheal Smith, born September 27, 2009, Kaiman Ashley Smith, born November 16, 2011 and Mc Kinley Aspen Smith born July 6, 2017. He doted on these three little ones and loved playing games and going outside to watch them play. He always sent them gifts for their birthdays. When Tristan was born Craig sent him a little suit to wear to church. Sisters in the Ward made special beautiful quilts that he sent to Kaiman and Mc Kinley when they were born.

Craig worked for American National Insurance for many years and in 1987 was honored by being inducted into the Leading Producers’ Club and in 1990 was awarded the Account Conditions Supreme Award for Most Professional and Highest Standards in the same company. He was in retail for 10 years. His bosses loved him because he never would miss a day of work and was always on time or early. From 2012 until he wasn’t able to work because of health, he worked for Enterprise driving rental cars. He loved this job because cars were his passion and he loved driving.

Craig loved the members of the North Valley and Haines Wards. They were his extended family and appreciated all their help, support and concern throughout the past years.

He is survived by his two daughters, Marilyn Hudiburg, Pam Smith, Son-in-law, Peter Smith, three grandchildren, Tristan, Kaiman and Mc Kinley Smith, two sisters, Deborah Ragan and Victoria Steffensen and his Brothers-in Law, Patrick Ragan and Walter Steffensen, who was Craig’s and the family’s godsend. Many Nieces and Nephews and Great Nieces and Nephews. An Uncle, Bill Bogard and cousins, Judy Bogard Thomas, Steve Bogard and Chris Bogard whom he loved.

“We can’t fully appreciate joyful reunions later without tearful
separations now. The only way to take sorrow out of death
is to take love out of life.”
President Russel M. Nelson

To order memorial trees or send flowers to the family in memory of John C. Hudiburg, please visit our flower store.