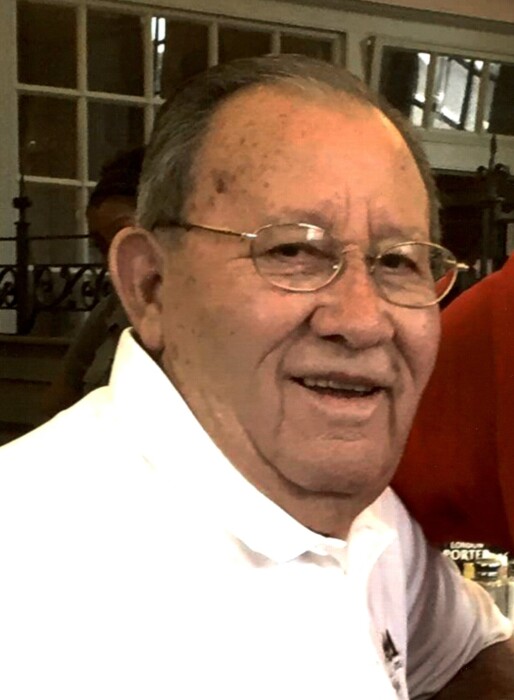 Johnny earned his wings on Thursday, November 4, 2021 at Rust Medical Center, with family by his side.  Johnny was born November 1, 1933 in Polvadera, New Mexico, the eighth child born to Andres Vallejos Sr. and Vivianita Padilla Vallejos.  He graduated from Socorro High School in 1951 and went on to serve in the United States Army National Guard.  He married the love of his life, Lupe Griego, on June 7, 1958 and together they raised 7 children.  Johnny was employed for over 30 years by the United States Government at White Sands Missile Range.  He was most proud of the role he played in the work he did for the landing of the Space Shuttle.  Johnny recently  resided at Rio Grande Gracious Retirement Living in Rio Rancho, to be close to his children who lived in the area.

Johnny was preceded in death by his parents, Andres and Vivianita Vallejos; his wife Lupe, his son Kenny, his daughter-in-law Matty; and his siblings, Manuel, Isidro, Raymond, Christine, Andres Jr, Jimmie and Josie.

Johnny had 2 passions and loves in his life; they were his family and golf.  He belonged to the Socorro Men's Golf Association and he enjoyed the competition and his golf buddies, especially after his wife passed away.  In recent years, he was unable to play due to health issues, but before his move from Socorro, he would drive to NMT Golf Course to keep up with his buddies.  Johnny was a member of San Miguel Mission in Socorro until he moved to Rio Rancho.

We would like to give a special thanks to the following people:  The staff at Rio Grande Gracious Retirement Living, his wonderful caregivers, Christy, Melissa and Eduardo, who became family to him, Dr. Heidi Jochem and her staff at the Albuquerque VA, and the Staff at Rust Medical Center.

Services will take place December 4, 2021 beginning 10:00 AM with Recitation of Rosary, San Miguel Catholic Church, Socorro, NM, followed by Mass, 10:30 AM.  Interment will follow Mass at the Cemetery in Polvadera.

To order memorial trees or send flowers to the family in memory of Johnny J. Vallejos, please visit our flower store.