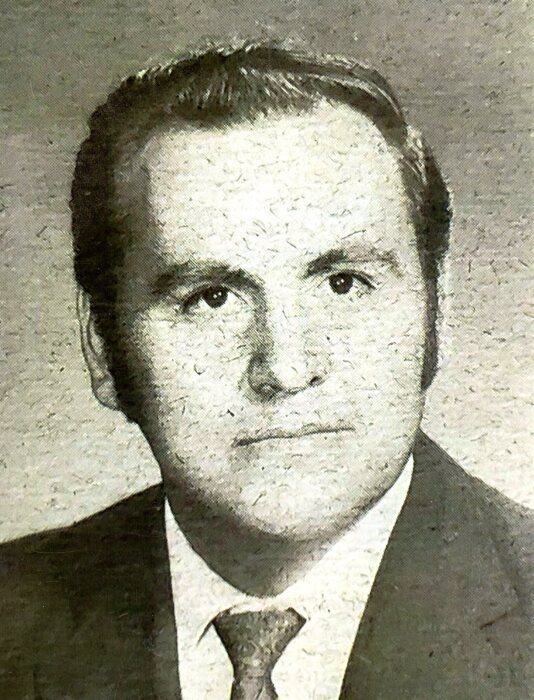 He served as a Marine in the Korean War and Tony died at the Veterans Hospital in Albuquerque, NM. Tony was a retired educator, teaching in Questa for many years, and later focused on special education. He earned his bachelor’s degree from Highland’s University, his Master’s degree from New Mexico Institute of Mining and Technology, and his doctorate in education from the University of New Mexico. He loved school and learning and spent extra time in educational fellowships at New Mexico State University and University of Northern Colorado in Greeley, Colorado.

His hobbies and interests were many. While living in Questa, he had a large garden and put his children to work irrigating and weeding. The family moved into an old adobe house with no amenities and he installed floors (over dirt floors), electricity, and plumbing. He still had time during the summers to set up an elaborate apparatus for bronze plating baby shoes in his shed and a startup business selling import art. His favorite summer project was travelling to remote villages and homes of northern New Mexico to sell encyclopedias, not just for income, but because he thought kids should have books. When he moved to Taos, he made sure he had the best view of the Taos mountain. He learned how to make tamales; his specialty was vegetarian tamales. He was enthralled with “dirt” (gardens) and he purchased a rototiller and started rototilling plots of land for free and for pay. He continued rototilling for many years. He also started working with wood and made little desks and toys for his grandchildren. When he moved to Albuquerque, he started a successful small engine repair business, a retirement dream. He volunteered at the VA Hospital and liked to hang around there talking to other veterans. He was always an avid reader. He collected and read every Louis Lamour book. He loved reading history and he spent several years researching, organizing, and preparing the family tree tracing the family roots back to 1598 and our arrival to New Mexico. One of his last big projects was purchasing some land in the South Valley of Albuquerque, mostly an abandoned lot, and transforming it into a little ranchette. He had a garden, chickens, and fruit trees. When his garden was too plentiful, he would go to a nearby parking lot and give away watermelons. He was active until 4 weeks before his death, and his favorite daily activity was drinking coffee in the morning outside under the shade of a tree, whether it was Questa, Taos, or Albuquerque. He always found his special place to enjoy the sky, outdoors, and peace and quiet.