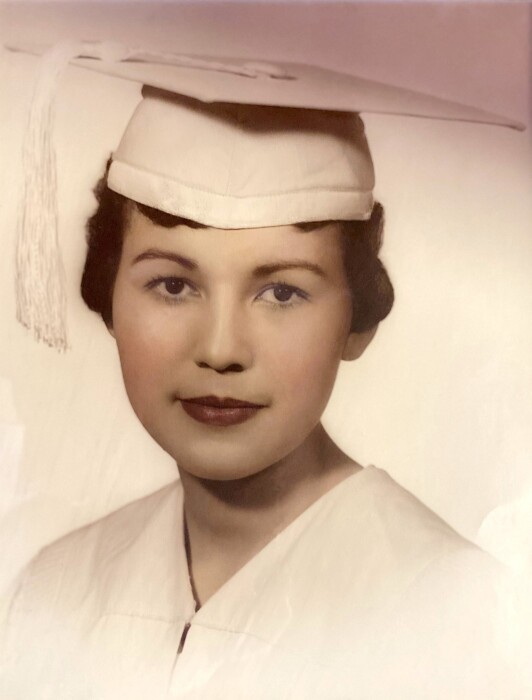 Twelve days later, at 3.30 am, she celebrated her deliverance to her Lord and Savior, Jesus Christ when her spirit departed her body to be with Him "in paradise".

Juanita had a very diverse and unusual life.

She was orphaned at three years of age, when her father, Herbert Anthony Brokey, a full blood Osage Native American, passed away in a tragic airplane accident in Oklahoma.

She was there with her dear mother, Dena and older sister, Delores. It was heart-breaking for them and greatly affected their future which involved a move to Albuquerque for health reasons in the 1940's (when this city centered around Old Town, downtown and no further north than Menaul).

Graduating with honors at 17 she landed an immediate job in a law office. Unfortunately she became ill and it changed the course of her life.

What it did do though was turn her to faith in her Heavenly Father, His goodness and His provision. And He certainly came through, delivering her from severe breast cancer and leading her to become a "born-again Christian" in her late 60's following an altar call at Calvary Chapel on Osuna.

This spiritual re-awakening caused her to become even more generous with her prayers and kindnesses to both family and strangers alike. She exemplified Christ's love to so many people opening her house to them and displaying the "gift of hospitality".

Her niece Dana and husband Steve enjoyed many hours with Juanita, at meals, watching fireworks from Tramway, traveling companions to Sydney, New York City, London and Paris as well as to Dana's high school coaching outings around New Mexico, Las Vegas and other places.

They got to visit her dear nephew Mark Miller and his wife Jeanne in Paris in 2017. Mark had lived and helped Juanita for many years at her Albuquerque home and shed a few tears when they departed that day. (Mark passed from liver cancer some months later).

She enjoyed mini-shopping excursions with Dana to Walgreens and Barnes & Noble. However, if she or her nephew Mike Miller couldn't take her, there were not many local taxi-drivers that didn't know her address.

Mike has been instrumental in guiding her, and the family, through her later health issues and has been a rock for her for more than a decade. She is also survived by her brother-in-law, Gary Miller, her great niece Adrienne Hare, her husband Brian and their two children, Elliana and Logan Hare.

To order memorial trees or send flowers to the family in memory of Juanita Catherine Brokey, please visit our flower store.