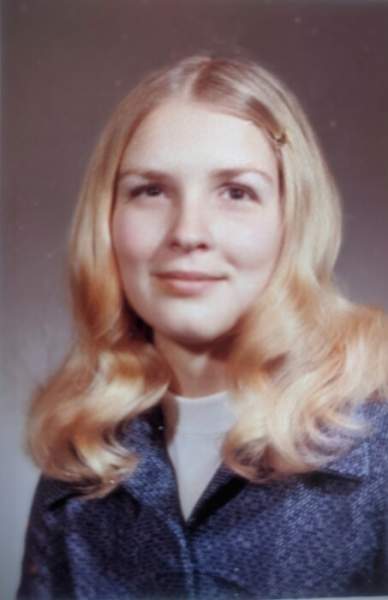 Julie Johnston Groneman, longtime resident of Rio Rancho, passed away the afternoon of October 24th in the presence of close friends and family. Julie had chosen to go on hospice after a diagnosis of lung cancer and was humbled by the outpouring of support and kindness she received from those dear to her.

Born on May 31st, 1952, to Willis and Dorothy Johnston, Julie lived in her hometown of Bozeman, Montana before moving with family to Idaho Falls, the D.C. area (Maryland), and finally, to Albuquerque, New Mexico in 1963 which she liked so much she informed her father she did not wish to live anywhere else and would not want to move ever again. She spent the remainder of her childhood in Albuquerque before eventually settling in Rio Rancho with her husband Kiven.

A graduate of Sandia High School, Julie went to college at Eastern New Mexico University and there studied and earned a bachelor's degree in History. Returning home to Albuquerque, Julie became a teacher and taught for 25 years at Washington Middle School and then for another eight years at Cibola High School. She taught Social Studies, ESL, and English to grades 7-10 throughout her career and was active in AFT as union rep for some of that time. Always the caregiver and mentor, she retired to care for her elderly parents until they passed and later, to care for her grandchildren. She also volunteered with the Mesa club in Rio Rancho and was very active in her AA organization, sponsoring, chairing, and taking twelve step calls when needed and lending support where she could. Julie would have celebrated her 28th sobriety birthday on November 11.

Family and friends always meant a great deal to Julie. She met the love of her life, Kiven Groneman, on a blind date with friends and married him on March 29th 1980. The couple moved to Rio Rancho and had two children, Tara and Ian. Kiven and Julie kept close touch with friends and regularly attended reunions at Bluewater Lake each July. Kiven preceded her in death, having passed on March 23rd, 2009. Julie is survived by one brother, David Johnston with significant other Baz Winsor, Sister-in-law Orvilla Allred with husband Randy Allred, children Ian Groneman with wife Naoma Jorgenson and Tara Groneman with husband Wesley Barrett, grandchildren Evan, Peyton, and Kevyn Jorgenson and Dorothy and Rigel Barrett, and a great granddaughter Rylee Jorgenson.

Wherever she went, she met those around her with love, patience, and tolerance and worked hard to pass those values to the people in her life. In the spirit of service and love she asks that anyone wishing to send a gift to donate in her memory to Southern Poverty Law Center, The American Lung Association, or to the Foundation for a Smokefree America. Her service will be held from 1-3 PM at the Daniels Funeral and Cremation at Sara and Meadowlark in Rio Rancho on November 1st, 2021.

To order memorial trees or send flowers to the family in memory of Julie Johnston Groneman, please visit our flower store.