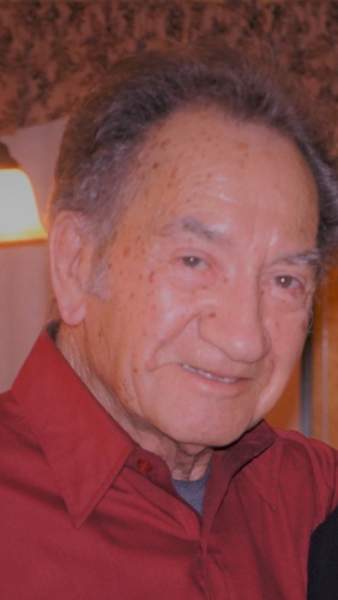 Julio was born on Saturday, April 12th, 1930, in Las Vegas, New Mexico, to Dolores and Demetria Montoya. Julio married Ms. Mary Aurora Trujillo in Hereford, Texas, on Saturday, February 7th, 1953. They were married for over 69 years and had five daughters. Julio joined the United States Air Force and held the rank of Private when he was honorably discharged after two years of service. Afterwards Julio became a Freight Specialist at Kirtland Air Force Base for 32 years, he then was a crossing guard at APS and Rio Rancho Schools for several years before finally retiring.

In honor of Julio’s memory, donations can be sent to the New Mexico Chapter of the Alzheimer’s Association.

We would like to thank all our family and friends for their love and support during this difficult time. A special thanks to the staff at Hospice De La Luz who were so wonderful and caring of our precious husband and father.

A Visitation will take place at Daniels Family Funeral Services 4310 Sara Rd. Rio Rancho, NM, Thursday, April 21st, 2022, beginning at 6PM, with Rosary to follow at 7PM. A Mass will be held at St. John Vianney Catholic Church on Friday, April 22, 2022, at 10:30 AM, with a Reception to be held in the Parish Hall directly following the Mass. Burial at Santa Fe National Cemetery will be scheduled at a later date.

To order memorial trees or send flowers to the family in memory of Julio Celestino Montoya, please visit our flower store.