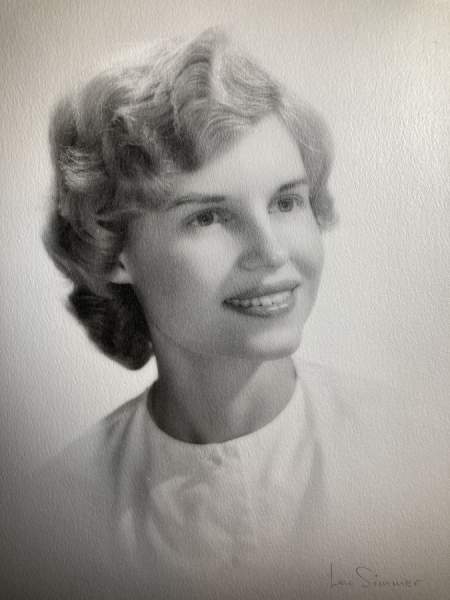 Kay Marie Linde Grotbeck passed away peacefully in Albuquerque, New Mexico, on February 28, 2022, having dedicated her life to government and community service, social justice, racial and gender equality, freedom of choice, environmental conservation, family, friendships, love and compassion for every living being.

Kay was born to Woodrow Peterson and Dorothy Danies in Rush City, MN, on October 22, 1941.  She spent her elementary school years in a small farm community in central Minnesota.  In 1953, her family moved to St. Paul, MN, where she graduated from Sibley High School and the College of St. Catherine, a Catholic liberal arts college.  After graduation, she taught political science and economics at Rudyard High School in Upper Michigan.  In 1964, she married Ronald Lee Grotbeck, a physicist in the U.S. Air Force.  They had three sons: Christopher (born 1965), Carter (born 1966), and Creighton (born 1970).  Ron completed a twenty-one year military career and Kay accompanied him on assignments to Montgomery, AL, Washington, D.C., and Dayton, OH, as well as three assignments to Kirtland AFB in Albuquerque, NM.  Kay and Ron divorced in 1993, having completed their work together in raising a family.  Kay spent the rest of her life living and working in (and for) New Mexico - in Santa Fe, Cochiti Lake, and Albuquerque.

Kay was active in many community organizations, including: the League of Women Voters, the Sierra Club, the Conservation Voters’ Alliance and the Democratic Party.  She attended the Church of Religious Science in Santa Fe and was affiliated with Hillside Community Church in Albuquerque

Kay is survived by her three sons and one step-daughter, her brother Nels Linde of Clear Lake, WI, sister Barbara Sunderland, of Savannah, GA, and sister Linnea Klingel of Cottonwood, AZ, as well as two nieces, four nephews, four grand-children, a great niece and a great nephew.

To order memorial trees or send flowers to the family in memory of Kay Marie Linde Grotbeck, please visit our flower store.