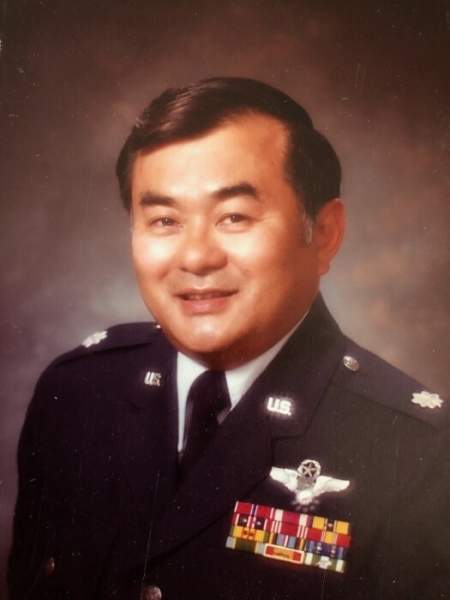 Ken Nishiyama was born August 30, 1933 in Oakland, CA the eldest of 3 sons to Frank Nishiyama and Dorothy Mizokami Nishiyama. He went to be with our Lord and Savior Jesus Christ September 1, 2021. Ken is survived by his loving wife Mary Jane Nishiyama, his daughter Karen McNenny (Patrick) of Redwood City, CA, his son Timothy of Rio Rancho, NM, his brother David (Kathy) of Castro Valley, CA, and grandchildren Justin Wright of San Mateo, CA, Nicholas Wright of Portland, OR, Kiyo Nishiyama of Rio Rancho, NM and Eric Nishiyama of Rio Rancho, NM, as well as additional family and friends too numerous to mention. He is predeceased by his parents and his brother Marshall.

Ken was serious minded and mature for his age as a young man. At age 8 following the bombing of Pearl Harbor during WWII, the family, being of Japanese descent, was forcibly interned by the federal government, ostensibly to protect them from angry violent mobs driven by extreme anti-Japanese sentiment. This was certainly a very controversial and divisive policy to be implemented by the US government, and the internment experience had a profound and lasting impact on Ken throughout his life. Initially, the family was taken to Panforan racetrack in San Bruno, CA and housed in horse stables. Ultimately though, they spent the majority of their time (approximately 3 years) at the internment camp at Topaz, UT.

When the war was over, the family returned to Piedmont, CA. Ken’s father Frank got a job as a gardener on a wealthy estate and the family of 5 lived in a one-bedroom chauffer’s apartment over a garage on the estate. Ken would routinely help his father with the gardening duties. He always told the story that none of his friends ever knew his situation and that he was accepted and embraced by everyone throughout his high school experience. He graduated from the very affluent Piedmont High School in 1953 and subsequently enrolled at UC Berkely pre-dental. After 3 years, Ken had lost enthusiasm for pursuing a career in dentistry and turned his focus toward a military career. In August 1956 Ken accepted a commission in the US Air Force and commenced navigator training.

While stationed in Vietnam in the early 70’s, Ken worked 12-hour days, 7 days a week, and attended night school the entire time. Afterward upon returning stateside and serving at the Pentagon, Ken took advantage of an educational opportunity afforded him and earned both bachelor’s and master’s degrees over an 18-month period.

He was a distinguished graduate of every school, class, course, or program he ever attended. In his “spare time” he would run 10 miles a day, spend a few hours on the racquetball court (a sport at which he was highly proficient), and maybe play a few pickup basketball games for good measure. Ken was simply driven to excel.

Ultimately, Ken served in the USAF for 28 years and retired with the rank of Lieutenant Colonel in August 1984. Post military, Ken became a school teacher – initially he taught 5th grade, but in later years he substitute taught elementary through high school. He would always wear a suit when he taught because he wanted to uphold the highest levels of the profession. While living in Pinedale, WY, Ken served on the school board and was not allowed to teach in that capacity. Nevertheless, he would visit the jails and help those incarcerated to work on earning their GEDs. Also, during this time Ken served as an elder in his church.

Due to his parents-in-law being advanced in age and ill, Ken and Mary left Wyoming in 2000 and returned to Bakersfield, CA to care for them. While in Bakersfield Ken served in multiple military-based organizations such as the Air Force Association, MOAA, the American Legion, VFW, and others. Ken always considered himself the consummate patriot and he always flew the American flag at his home. His priorities were God, family, and country. In his life he did much to help others and the extent of appreciation displayed for this man since his passing has been nothing short of staggering. Congratulations on a life well lived. You have been greatly loved and you will be sorely missed.

To order memorial trees or send flowers to the family in memory of Ken Nishiyama, please visit our flower store.